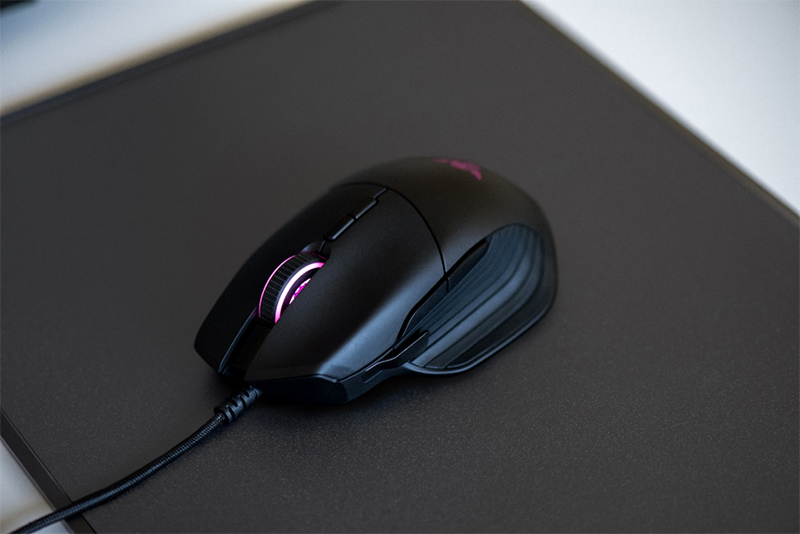 Updated on 20 September 2017: The Basilisk is now available to buy on the local Razer store.

What makes a good mouse for first-person shooters? Short of not having too many extraneous buttons and a reliable optical sensor, that’s a hard thing to pin down. That said, Razer thinks it got the formula right with the Basilisk, the latest addition to its selection of gaming mice.

This is an ergonomic, right-handed mouse that Razer says it built expressly for FPS players, and it’s thrown in a couple of interesting customization options that gamers might appreciate.

For instance, the scroll wheel serves up various levels of resistance, which you can adjust using a dial on the underside of the mouse.

In addition, there’s a thumb clutch on the left of the mouse that can be programmed with specific functions. Razer calls this a clutch button, but seeing as how it lowers the DPI by default when you hold it down, it’s really more a variant of the “sniper” buttons you find on other mice.

In theory, this helps when you require higher precision when engaging the sniper scope in games. But because many games already allow you to set a second, lower sensitivity for your scope, most people might end up reprogramming it for something else.

What is different, however, is the fact that the clutch button can be removed altogether and replaced with a dummy rubber thumb cap if you don’t need it. It can also be swapped out to accommodate two different lengths for different hand sizes, which is quite nifty. There are a total of eight customizable buttons, including two DPI adjustment buttons below the scroll wheel and forward and back buttons at the side.

The mouse also features rubber side grips, which look very similar to what we saw on the Lancehead.

The sensor is a 16,000DPI optical sensor, the same as that on the Deathadder Elite, and we’re happy to see that Razer has opted for optical over laser here.

At 107g, the mouse is a little heavier than we’d like for FPS games, but we’ll really have to weight till we get our hands on a review unit to judge how it feels.

Join HWZ's Telegram channel here and catch all the latest tech news!
Our articles may contain affiliate links. If you buy through these links, we may earn a small commission.
Previous Story
IFA 2017: Neffos teases a dual camera smartphone – the Neffos N1
Next Story
The Acer Switch 7 Black Edition is a powerful alternative to the Surface Pro