Razer and A Bathing Ape (BAPE) have announced their collaboration on a new lineup of gaming peripherals, apparel and backpacks under the ‘A GAMING APE’ label. This limited-edition collection infuses gaming accessories with elements of streetwear culture, bring together the best of both brands in one neat collection.

The results of Razer and BAPE’s collaboration will be showcased during a live stream event on December 3 at 6.30 pm PT (December 4, 10.30 am Singapore time). However, we already know that there are BAPE inspired designs of popular Razer peripherals like the DeathAdder V2 mouse, Goliathus V2 mouse mat and Opus wireless headset on the way. These accessories have been reimagined by BAPE, giving them a little makeover for fans of both brands.

You can check out the link to the upcoming RAZERSTORE LIVE streaming event below:

It’s not all Razer products, of course. This collection will also include several of BAPE’s products, including shirts, full-zip hoodies and backpacks that feature a combination of both these companies’ logos. This is actually the first time Razer and BAPE have collaborated for a lineup of products like these, though it won’t likely be the last. You can find official pricing for some of these products below: 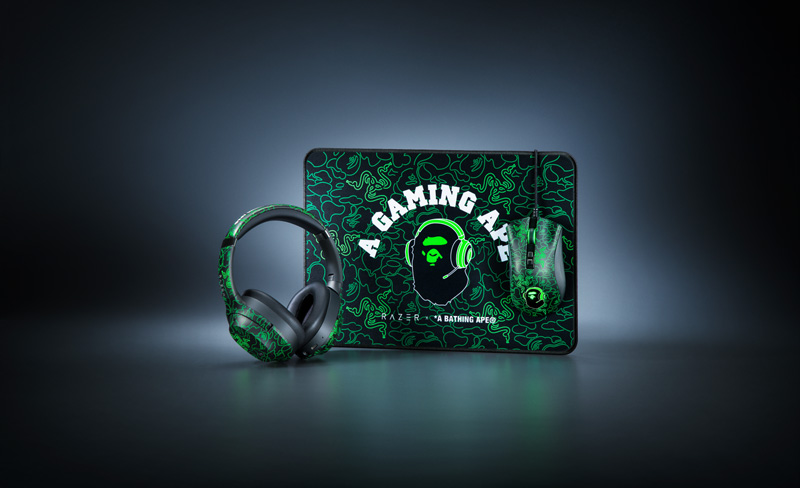 The A GAMING APE collection will be available for purchase beginning from December 5, 2020 at 10am (Singapore time). You can find these items on Razer.com, RazerStore retail locations and select BAPE STORE locations, such as the official BAPE website.

Join HWZ's Telegram channel here and catch all the latest tech news!
Our articles may contain affiliate links. If you buy through these links, we may earn a small commission.
Previous Story
Italy dishes out €10 million fine to Apple for misleading water resistance claims on iPhones
Next Story
Salesforce is acquiring Slack for US$27.7 billion