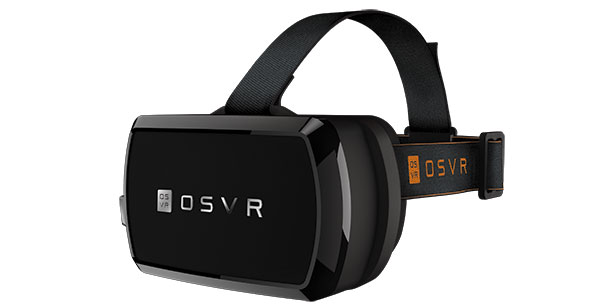 Updated on 6 Oct 2016: The HDK 2 is now available to buy in select countries in the Asia Pacific region, including Singapore. It costs S$604.90 here and can be purchased from the Razer store. The headset ships with two free games – Descent: Underground and Radial G: Racing Revolved.

Razer has unveiled a new virtual reality headset that will compete directly with the likes of the Oculus Rift and HTC Vive. Dubbed the Hacker Development Kit (HDK) 2, the US$400 headset is actually quite a bit cheaper than the competition, but Razer says it has kitted it out with comparable hardware to take on the best.

This actually isn’t the first time Razer has made a VR headset, and the updated HDK 2, which is set for a July launch, features several key improvements over the previous HDK 1.4. The biggest upgrade is probably the new display panel, and the HDK 2 is now equipped with the same 2,160 x 1,200-pixel OLED display (it refreshes at 90Hz as well) as the Oculus Rift. In comparison, the HDK 1.4 had only a 1,920 x 1,080-pixel display.

It goes without saying that image fidelity plays a huge role in creating immersive VR experiences, and the HDK 2 also features something Razer calls Image Quality Enhancer (IQE) technology to help reduce the screen-door effect, which is the term used to describe the visible fine lines between display pixels. Razer has applied an optical coating onto the lenses, which is probably intended to blur the pixels and help them blend in better with other pixels.

In addition, the HDK 2 utilizes a 100Hz IR camera for positional tracking and a dual lens system that enables focusing for each eye. It supports adjustments from +4.5 to -2 per eye, which should be sufficient for the majority of users.

That aside, it’s missing built-in audio, so you’ll have to use your own earphones with the HDK 2.

Like its predecessors, the HDK 2 is based on the Open Source Virtual Reality (OSVR) platform, so it can theoretically work with different controllers and other control mechanisms. It will also support various content technologies, including Steam VR, and there are reportedly plans to announce further content in the near future.

Finally, the OSVR consortium also announced the OSVR Developer Fund, a content accelerator program headed by Razer that will provide US$5 million to the developer community. The goal is to encourage more developers to support the OSVR ecosystem and speed up the creation of related content. Ideally, OSVR wants to enable a VR ecosystem where content can work across the board with multiple types of hardware.

Both independent and major content creators can apply to the fund, and successful applicants will have their game codes purchased in bulk by Razer or other future contributors, in exchange for support for the OSVR platform. The fund will also provide marketing and promotional support.

Join HWZ's Telegram channel here and catch all the latest tech news!
Our articles may contain affiliate links. If you buy through these links, we may earn a small commission.
Previous Story
Samsung acquires Viv, a startup founded by the creators of Siri
Next Story
Apple is the world's most valuable brand for the fourth consecutive year