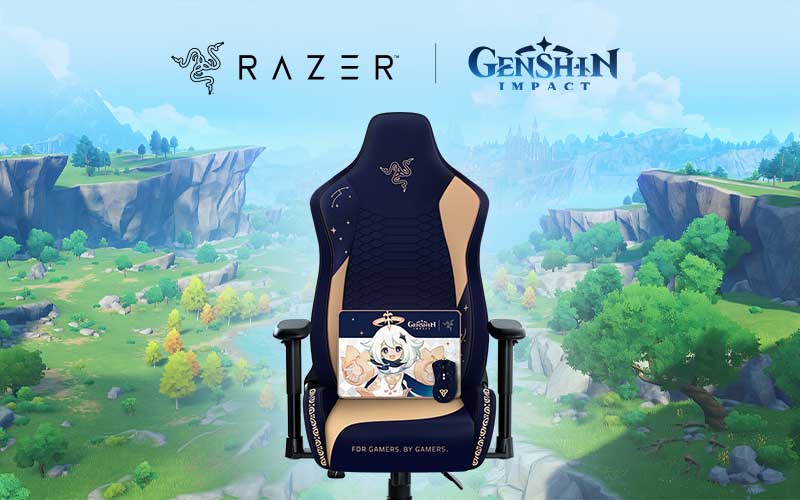 Genshin Impact publisher miHoYo has teamed up with Razer to provide a line of Genshin Impact-themed peripherals, along with some new software features for the game. First announced in the game’s Version 2.2 livestream, these come as part of the game’s first anniversary celebrations.

Looking at the new hardware, gracing the scene are the Razer DeathAdder V2 Pro ergonomic wireless mouse, Goliathus Speed mouse mat in medium size, and the Iskur X gaming chair, all tricked out in Genshin-themed designs.

The DeathAdder V2 Pro takes cues from the game’s floating mascot Paimon, sporting a dark blue and yellow colour scheme and a stars-in-the-sky motif. Of course, features from its stock version are still here. This includes Razer’s HyperSpeed Wireless technology for lesser latency, 20,000 DPI Focus+ optical sensor and Razer’s optical mouse switches. The Iskur X and Goliathus are a bit less subtle about being Genshin-themed gear, displaying the mascot in full view on the Iskur X’s back and the face of the Goliathus. 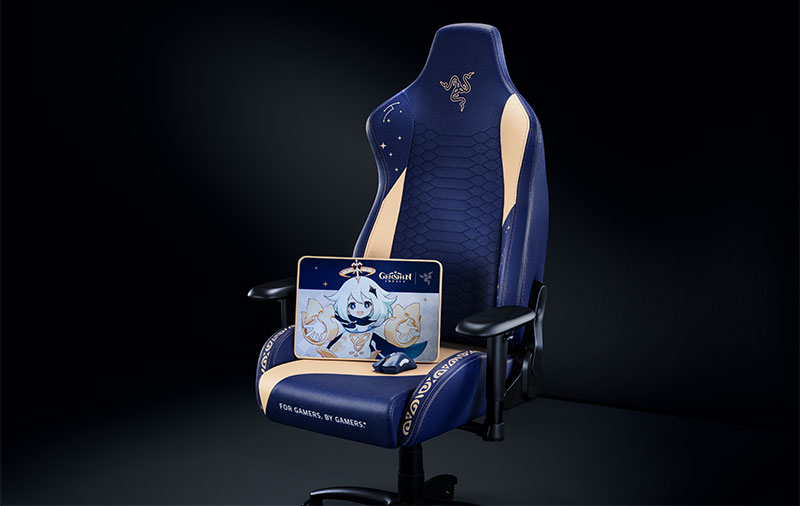 In addition to these new releases, bundled in with each purchase is a bonus code for in-game rewards, including primogems, used for rolling for characters in the game: 30 for the Goliathus, 200 for the DeathAdder V2 Pro and 500 for the Iskur X.

Also released is a custom-tuned THX Game Profile specifically designed for Genshin Impact. Compatible with all gaming headsets through the THX Spatial Audio app on PC, the profile promises to deliver 7.1 surround sound to bring the game’s sounds to life. As part of the collaboration, Razer will also be releasing Genshin Impact designs on Razer Customs, a service that customises peripherals such as mice and mouse mats based on designs from official partners.

Although Genshin’s anniversary has been especially contentious as of late, these new products certainly look the part for diehard Genshin fans who want to show their love for the game. Pricing and release dates for the three products have not been announced yet, and it’s also worth noting that the Iskur X’s availability will vary by region, so we’ll keep on the lookout for any more details.

Join HWZ's Telegram channel here and catch all the latest tech news!
Our articles may contain affiliate links. If you buy through these links, we may earn a small commission.
Previous Story
Uniqlo pairs with Meguru Yamaguchi and James Jarvis for a Pokemon UT Collection
Next Story
Stranger of Paradise: Final Fantasy Origin gets a release date in new trailer