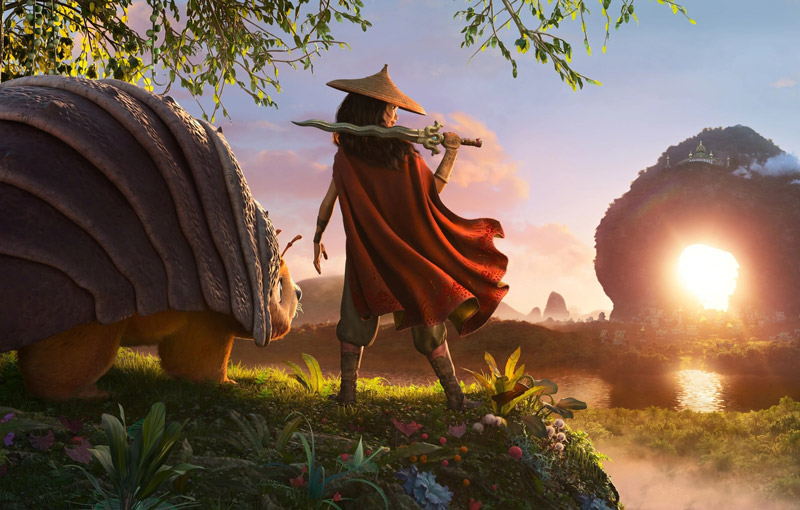 Disney have officially announced that local Disney+ subscribers will be able to watch Raya and the Last Dragon from home via Premier Access. The movie will launch on the streaming service on the same day as its release in cinemas on 5 March, 2021.

If you’d rather skip a trip to the cinema to watch Walt Disney Animation’s newest feature, you’ll have to shell out a pricey S$38.98 to sign up for Premier Access to the movie on Disney+. After that, you’ll be able to watch it as many times as you’d like on the streaming service.

However, it’s worth pointing out that the movie will become available for all subscribers eventually at no additional cost from 4 June 2021 onwards.

Check out a trailer for the movie below:

The movie will stream on Disney+ in 4K/UHD, HDR, Dolby Atmos and Dolby Vision on compatible devices, so it’s not like it’ll be a lesser experience at home. Whether or not the price is worth release day access is up to you - although to be fair, the movie does look pretty great. More information on Premier Access is available on the official Disney+ website.

Here’s Disney’s synopsis for Raya and the Last Dragon:

Inspired by the cultures and people of Southeast Asia, the fantasy film takes audiences on an exciting, epic journey to the fantasy world of Kumandra, where humans and dragons lived together long ago in harmony. But when an evil force threatened the land, the dragons sacrificed themselves to save humanity. Now, 500 years later, that same evil has returned and it’s up to a lone warrior, Raya, to track down the legendary last dragon to restore the fractured land and its divided people. However, along her journey, she’ll learn that it’ll take more than a dragon to save the world—it’s going to take trust and teamwork as well.

You can also subscribe to Disney+ here, if you haven't already.

Update: Raya and the Last Dragon will be available to stream on Disney+ from tomorrow (4 June) onwards at no extra charge! Check out our review of the movie here. Spoiler alert: we liked it.

Join HWZ's Telegram channel here and catch all the latest tech news!
Our articles may contain affiliate links. If you buy through these links, we may earn a small commission.
Previous Story
Cyberpunk 2077's new 2021 roadmap is hilariously bad
Next Story
The PlayStation 5 DualSense Controller is getting two new colour variants (Update)