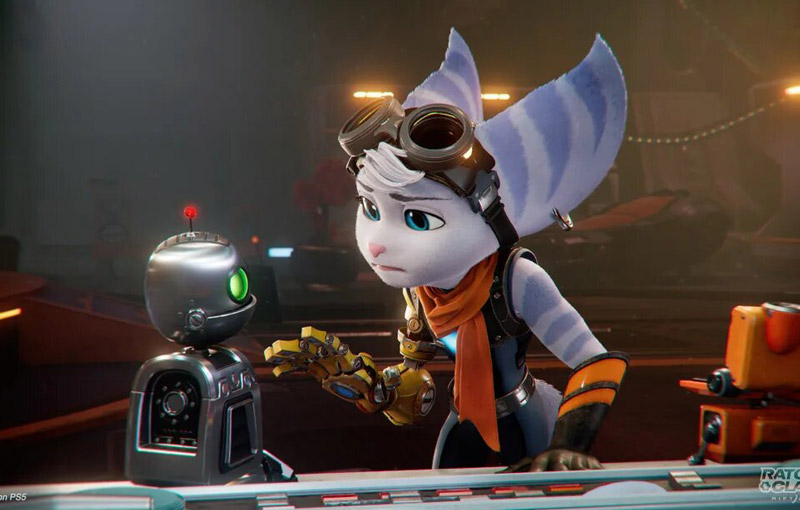 This looks so good.

Dr. Nefarious is opening up tears into different dimensions, and manages to escape into the one timeline where he ‘always wins’ instead of being constantly defeated by Ratchet and Clank. Ratchet loses Clank to this timeline, but the latter gets picked up by Rivet, a new Lombax character of the same species as Ratchet. She also has a wicked metal arm. Judging by the trailer, she’ll act as the game’s third playable character, able to travel through new dimensions and swing around on energy vines.

Interestingly, the game’s also got a pretty great composer: Mark Mothersbaugh, who previously contributed to the soundtracks of old Crash Bandicoot, Sims and Jak and Daxter games. His band Devo is featured in the game’s trailer, with the song ‘Uncontrollable Urge’. Sony is also hosting a new State of Play episode that will show off more than 15 minutes of new gameplay from this game, along with teases of other upcoming indie titles.

Join HWZ's Telegram channel here and catch all the latest tech news!
Our articles may contain affiliate links. If you buy through these links, we may earn a small commission.
Previous Story
EA is facing a new wave of loot box controversy amidst leaked FIFA 21 Ultimate Team documents
Next Story
A man has been arrested for trying to assassinate Genshin Impact studio founders