Rambo, Stranger Things and Danny Trejo are coming to Far Cry 6 after launch

Rambo, Stranger Things and Danny Trejo are coming to Far Cry 6 after launch 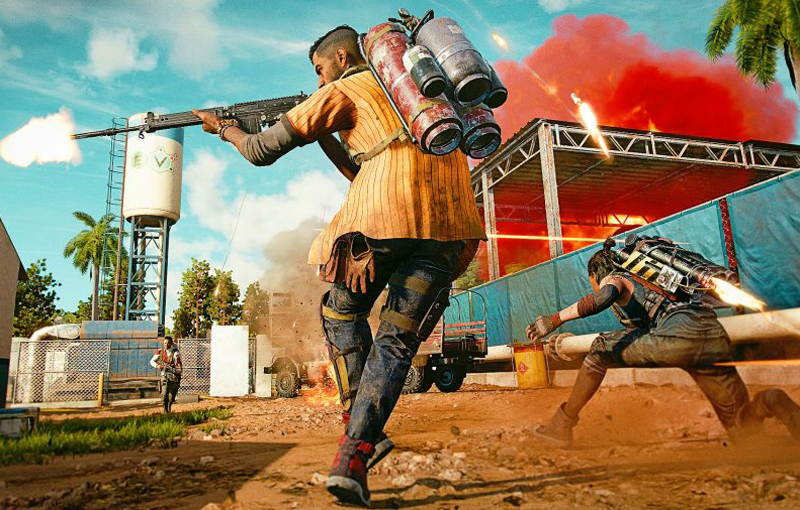 Watch the overview trailer below:

The crossovers will take place over three special missions. First up is Danny Trejo, who teams up with the player to sell tacos to the people of Yara - with all guns blazing, of course. Another mission will pair players up with a Rambo superfan in a throwback to 80s action movies. The Stranger Things mission sees Chorizo (the player’s adorable puppy companion) disappear in the Upside Down, and it’s up to you to find him.

Six special operations are also coming as free content, tasking players with stealing chemical weapons from heavily-guarded facilities - without setting them off. The paid Season Pass will also let you play through three episodes as villains from past Far Cry games: Vaas Montenegro, Pagan Min and Joseph Seed. These ‘episodes’ play like a roguelite, where you start out with barely any equipment and slowly become stronger through subsequent runs.

Join HWZ's Telegram channel here and catch all the latest tech news!
Our articles may contain affiliate links. If you buy through these links, we may earn a small commission.
Previous Story
Ragnarok X's crossover with That Time I Got Reincarnated as a Slime is now live
Next Story
Opensignal: Singapore has much to catch up on for 5G speeds on the global stage