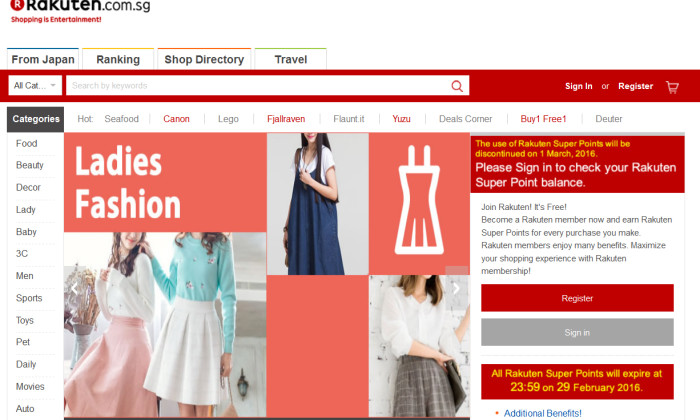 Rakuten is closing their business-to-consumer online marketplace in parts of Southeast Asia. Singapore, Malaysia, and Indonesia are affected, and the closure will see approximately 150 employees affected by Rakuten’s change of strategy for the region. Users of the site will not be able to shop on Rakuten Singapore after 1st march 2016.

The Japanese e-commerce site will keep its SEA regional headquarters in Singapore operational. They will also keep the e-commerce business in Thailand, as it is doing well. However, Rakuten is selling off Tarad, a Thai-based platform with similar marketplace features. 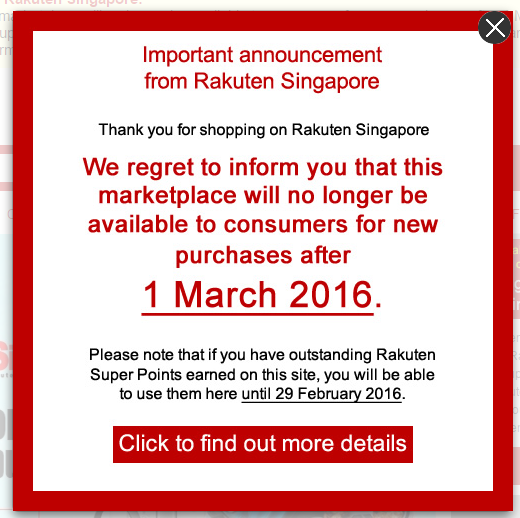 “Rakuten is closing early model B2B2C e-commerce marketplaces in Singapore, Malaysia and Indonesia. This is part of a transformation of e-commerce that is key to Rakuten’s global strategy map for the future as announced on February 12. In SE Asia, as the market itself changes and adapts, we are looking toward C2C and mobile business models for e-commerce and other businesses.”

The e-commerce company will then proceed to focus on their key markets, such as Japan and Taiwan. They will also develop their cash-back website, Ebates.

Join HWZ's Telegram channel here and catch all the latest tech news!
Our articles may contain affiliate links. If you buy through these links, we may earn a small commission.
Previous Story
John McAfee claims his team of hackers can decrypt the iPhone in three weeks
Next Story
Dell’s Document Hub and new multi-function printers make it easier to print from the cloud