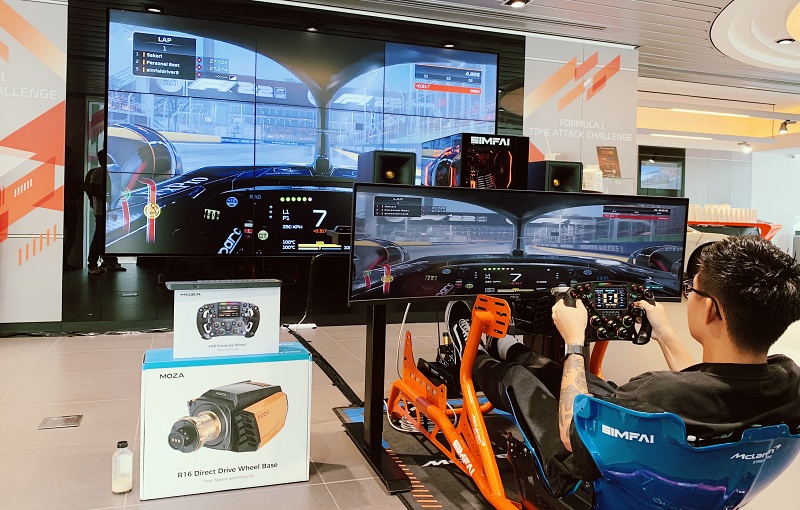 Live your dreams of being a F1 driver at McLaren's first ever Time Attack Challenge in Singapore.

In conjunction with the Formula 1 Singapore Grand Pix, McLaren Singapore is hosting its first-ever Time Attack Challenge at its showroom (5 Leng Kee Road, S159089) from 30 August to 20 September.

Register here for a timeslot and try to clock the fastest lap in the exclusively designed McLaren Edition F1 Simulator powered by SimFai Conspit and Klipsch. The top three fastest participants each week stand a chance to win a Klipsch T5 II True Wireless earphones worth up to S$499.

McLaren is also putting a series of displays in the heartlands with the final display showcasing the McLaren 720S and McLaren Elva at One Punggol on 24 and 25 September.

Join HWZ's Telegram channel here and catch all the latest tech news!
Our articles may contain affiliate links. If you buy through these links, we may earn a small commission.
Previous Story
Update your Google Chrome browser now to protect yourself from a serious security vulnerability
Next Story
Samsung trash-talks upcoming Apple iPhones with a 30-second YouTube video