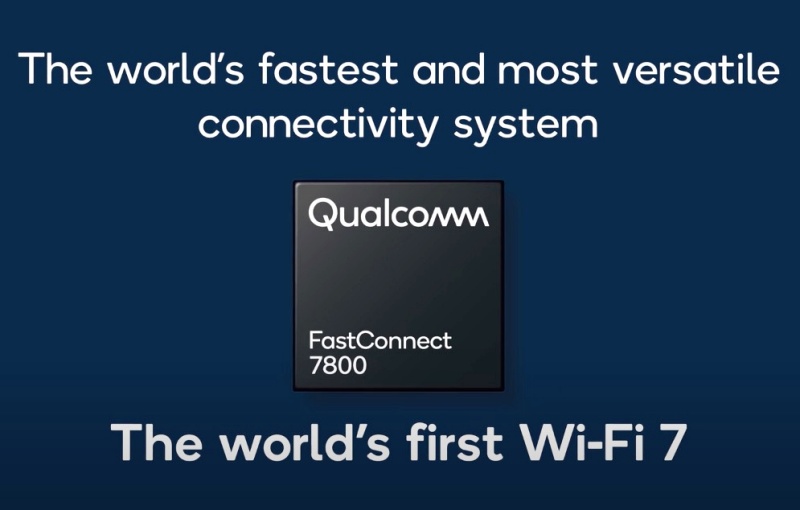 The Qualcomm FastConnect 7800 utilises High Band Simultaneous (HBS) Multi-Link technology to harness 5 and 6GHz bands at the same time to deliver the highest throughput and lowest sustained latency, while keeping the 2.4GHz band for Bluetooth and lower-bandwidth Wi-Fi.

It is able to hit peak speeds of up to 5.8Gbps (via single 320MHz or paired 160MHz channels) or 4.3Gbps where 6GHz spectrum may not available. In addition, latency can be sustained at less than 2ms and power efficiency can be improved 30 to 50%.

The FastConnect 7800 also supports Intelligent Dual Bluetooth which helps to cut the connection time by half and double the connection range. It also enables the seamless switching of a Bluetooth connection from smartphone to PC or earbuds to an automboile's hands-free system.

Qualcomm says the FastConnect 7800 is sampling now with commercial availability in the second half of th year.

Join HWZ's Telegram channel here and catch all the latest tech news!
Our articles may contain affiliate links. If you buy through these links, we may earn a small commission.
Previous Story
The Samsung Galaxy Note brand is officially dead
Next Story
The Qualcomm Snapdragon X70 is the first 5G modem-RF system with AI processor