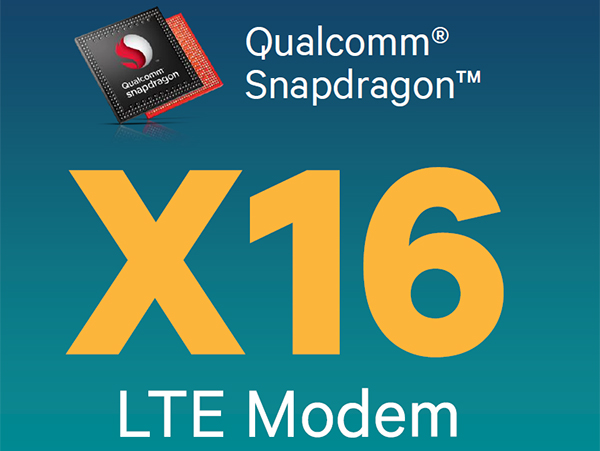 Qualcomm’s new Category 16 modem provides considerable cause for excitement. It is built on the 14nm FinFET process, and can reach download speeds of up to 1Gbps, the elusive upper limit of 4G LTE. However, upload speeds are less impressive, at just 150Mbps, but it’s still quite something to finally hear about a Gigabit LTE chipset. In comparison, the X12 LTE modem that will come with the upcoming Snapdragon 820 SoC supports up to LTE Category 12 for downlink, with speeds up to 600Mbps. 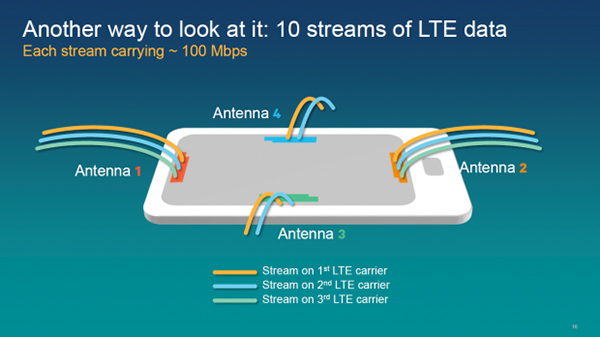 In addition, Qualcomm hopes to make it easier for global carriers to offer Gigabit speeds by allowing them to utilize the free unlicensed spectrum to increase the number of supported LTE connections on their networks. The Snapdragon X16's combination of LTE-U and Licensed Assisted Access (LAA), the global standard for LTE in the unlicensed spectrum, will potentially open the door to greater network capacities and faster networks.

The Snapdragon X16 modem will also pave the way for Qualcomm to evolve its modem product line to serve a wide range of connected applications, ranging from ultra-fast mobile broadband to power-efficient connectivity for IoT devices. The company envisions the new chipset in a variety of connected platforms, including smartphones, tablets, cars, and even drones and VR headsets. Furthermore, the 1Gbps download speed opens up the way to high-bandwidth applications like live streaming of VR content and quicker access to cloud-based services.

Still, that’s all nice and well in theory, but it remains to be seen how much impact a Gigabit-class modem will have in practice as most consumers are likely to see lower speeds over the next few years at the very least. Just consider the fact that OpenSignal recently ranked Singapore as the fastest country with LTE, with a download speed of 37Mbps. In fact, the global average sits at just 13.5Mbps.

The existence of carrier data caps will be another limiting factor, and 1Gbps speeds make little difference in daily tasks like Web browsing. Instead, the biggest difference will be felt in applications like video streaming, which is where small data caps are the greatest setback.

The X16 modem is expected to arrive on devices in the second half of 2016. In the meantime, we can only hope that we won’t have to wait for too long before carriers begin launching higher-speed networks with larger data caps.

Join HWZ's Telegram channel here and catch all the latest tech news!
Our articles may contain affiliate links. If you buy through these links, we may earn a small commission.
Previous Story
A buggy Adobe Creative Cloud update deletes files on Macs without warning
Next Story
Apple launches USB-C charge cable replacement program