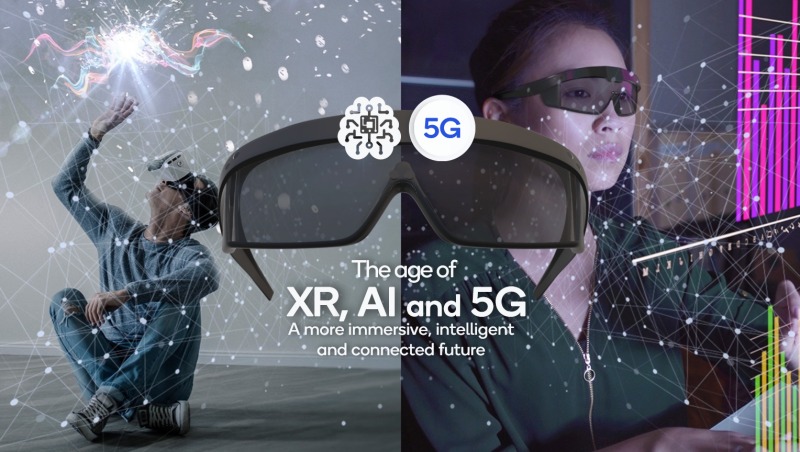 Qualcomm has already demonstrated why 5G and AI matters and that they very much go hand in hand to enable the modern factory, enterprise or even a new way to experience a concert performance.

However, to truly make the leap and bring about experiences only seen in sci-fi movies and enable next-gen experiences, Qualcomm believes the future is in extended reality (XR) that works hand-in-hand with AI and 5G to bring about what Qualcomm describes as “Boundless XR”. This is when XR can be enjoyed anywhere, anytime, while still delivering a photorealistic virtual world with ultra-low latency and still equipped with on-device processing that’s augmented by edge cloud benefits. To recap, the term XR collectively describes everything from AR, VR and even MR (mixed reality). 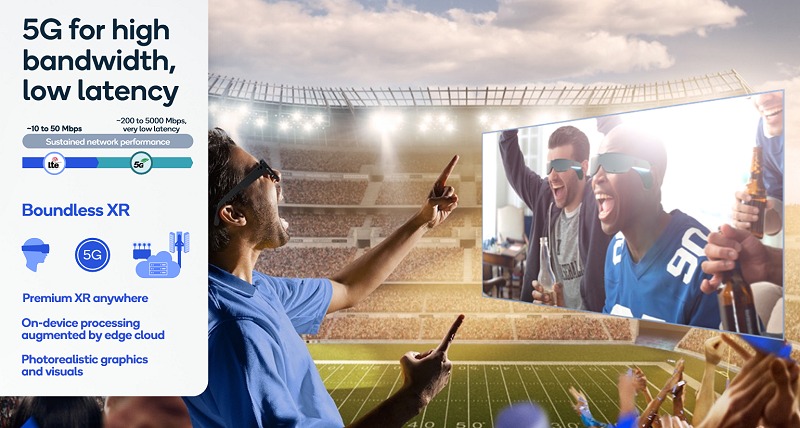 The way to deliver Boundless XR that will be readily acceptable by anyone is as much as a design challenge as is a technical one. If you recall, earlier implementations of VR required a powerful host machine with a huge headset that’s shackled by thick snaking cords, in addition to a physical restriction of where it can be employed as it required external markers and all. This is all way too cumbersome although it is the best way at assuring high-quality immersion. We then progressed into a mobile VR/AR headsets that were powered by your smartphone and more recently, all-in-one headsets like the Oculus Go and Lenovo Mirage Solo. These headsets are however not very high resolution and still bulky. 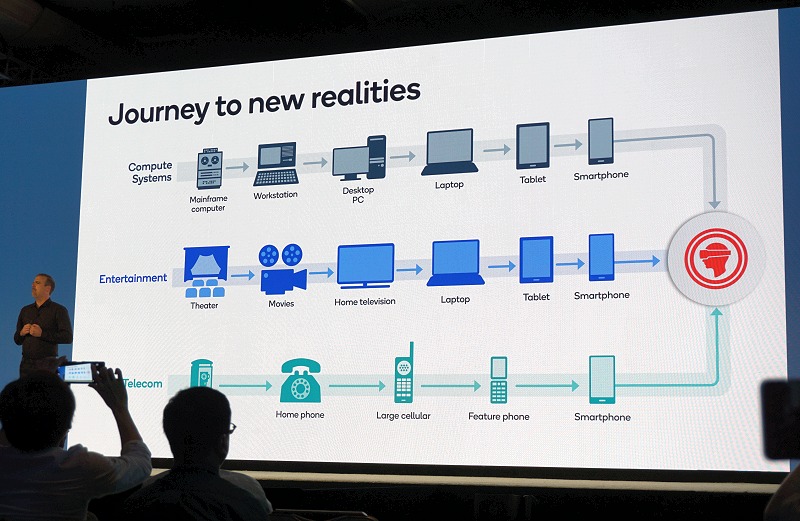 The ultimate design goal is to have sleek, comfortable, and fashionable XR glasses that are immersive, intelligent and always connected. This could mean at some point in time, there’s a possibility that the smartphone, VR/AR glasses/headset could emerge into a single XR wearable that has the potential to be the next disruptive platform, just like the smartphones of today. 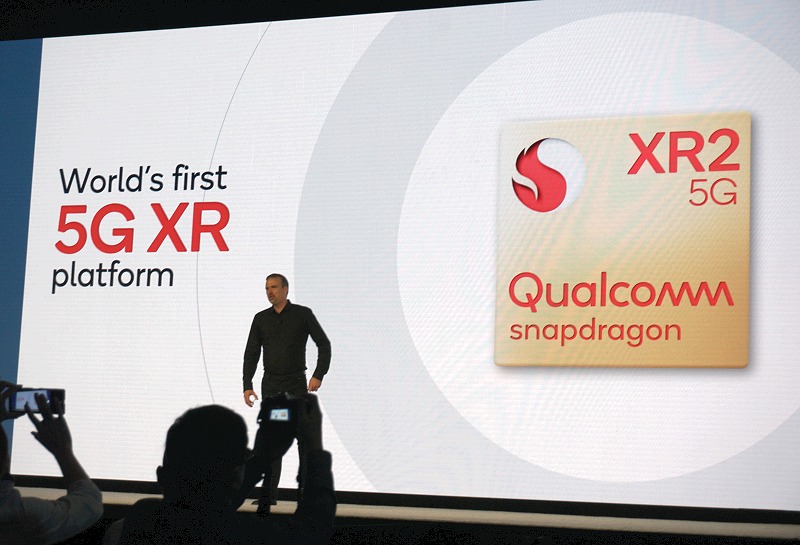 Keeping that objective in mind, at the Snapdragon Tech Summit 2019, Qualcomm announced the word’s first 5G XR platform – the Snapdragon XR2. It is expressly designed to tackle tomorrow’s use-cases and while Qualcomm didn’t release technical details and is saving it for a future announcement, they did give statistical references with their current premium-tier XR platform that’s based around the Snapdragon 835. 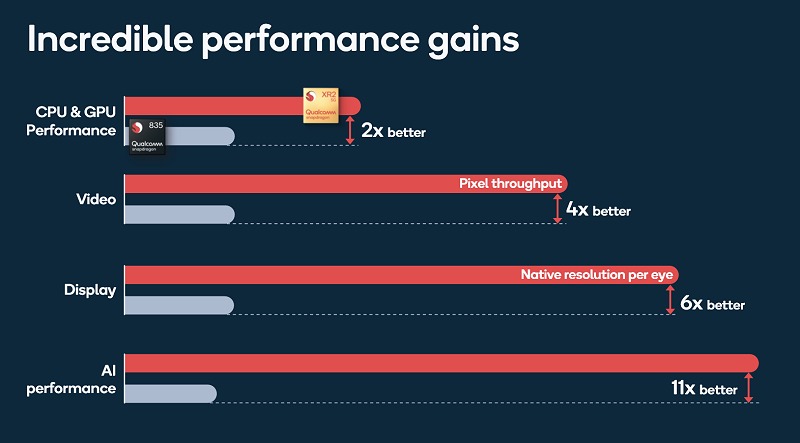 In short, Qualcomm says the Snapdragon XR2 will deliver twice the CPU and GPU performance, four times higher video bandwidth, 6x higher resolution an 11x the AI performance increments. Could it just be a super-charged Snapdragon 865? We’ll find out in the following months. 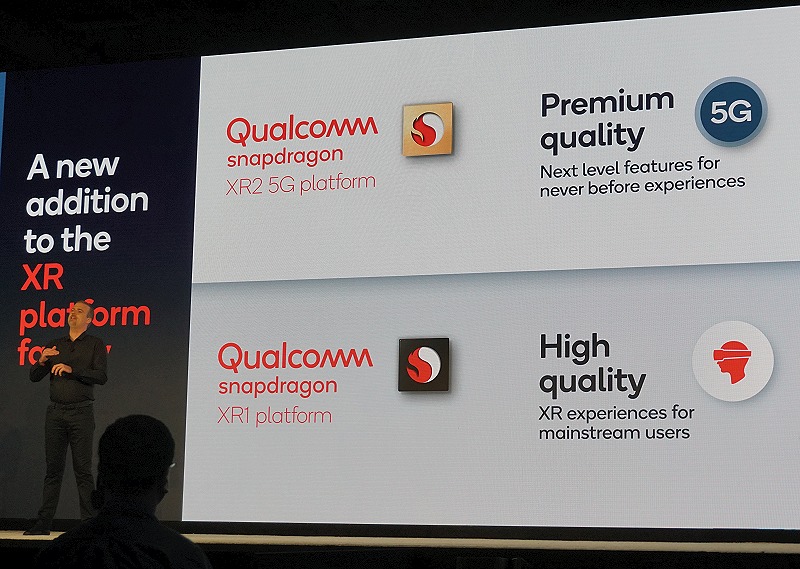 As a forward-looking platform, it is vital that the XR2 can close the gap between the real and virtual worlds as the prospective glasses are set to be used for VR, XR and even MR. High performance, no compromise graphics is definite must and the XR2 has 1.5 times the shader processing power, 1.5x the pixel throughput rates and 3x the texel rate, 3K x 3K resolution output per eye at up to 90 FPS and is the first XR platform to even support 8K 360-degree videos at 60 FPS (and 4K at 120FPS). 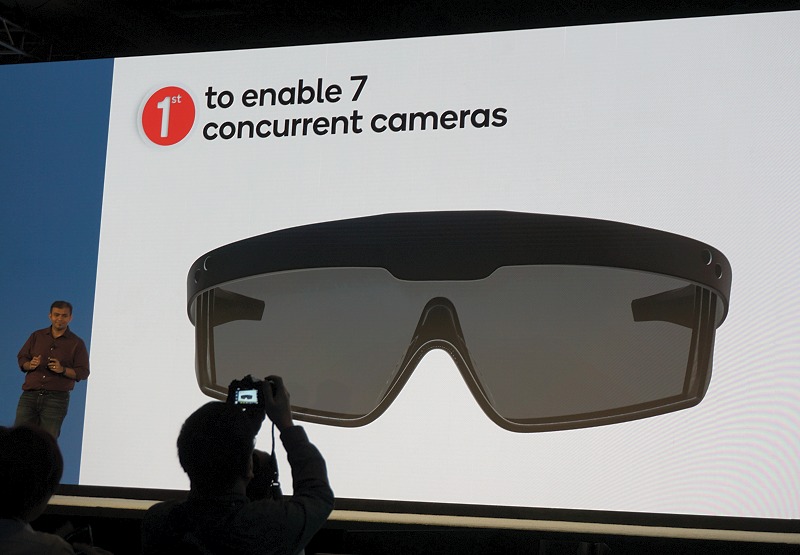 To interact effectively with the real world, the Snapdragon XR2 introduces support for handling 7 concurrent camera sensor inputs which will allow real-time and accurate head-tracking, lips, eyes and 26 points of hand tracking. 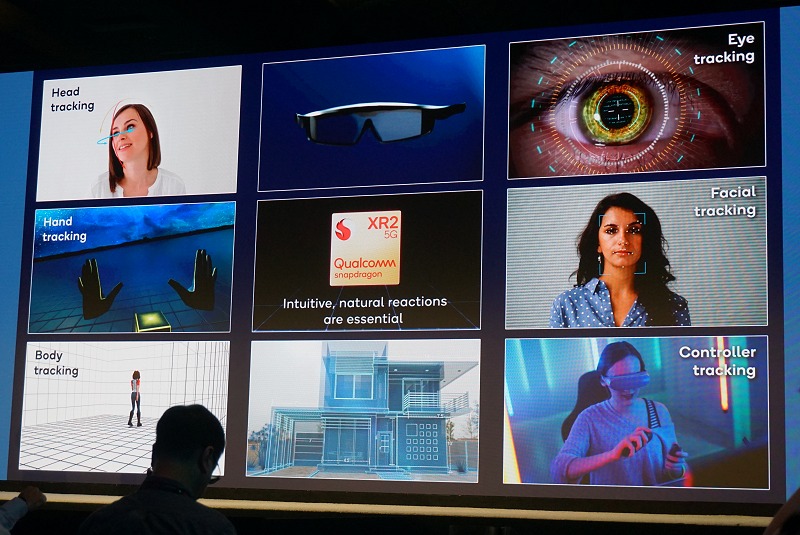 Audio immersion also becomes really important to keep up with the virtual world you experience in the headset/glasses, so features like 3D spatial sound processing, clear voice processing for multi-user interaction (be it for meetings or multi-player gaming), and even audio context detection to inform the user of pertinent details. In a demo shown on-stage, a prompt appears in a VR game to inform the user of a baby’s cry which is only possible through processing and understanding environmental audio cues – a perfectly relatable scenario especially since your vision is now engrossed in the AR/VR world. 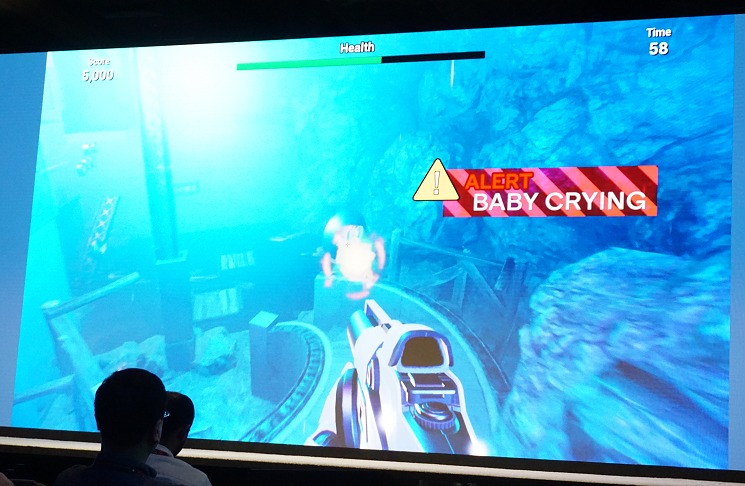 Here's everything else we know about the Snapdragon XR2 platform at the moment:- 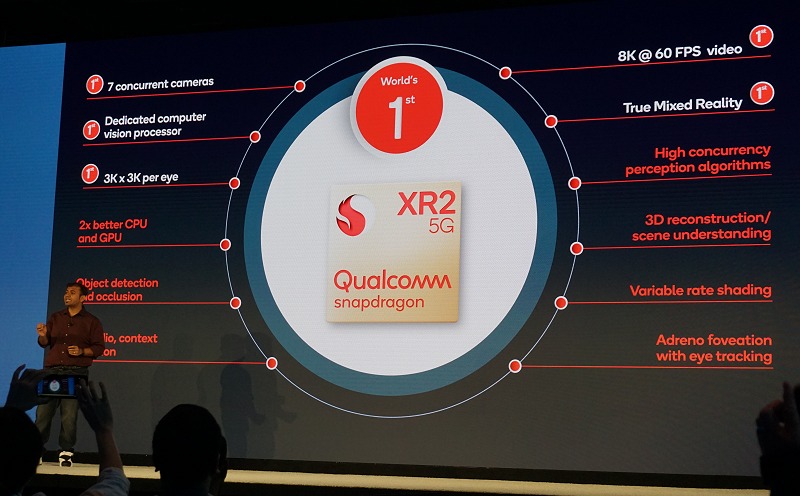