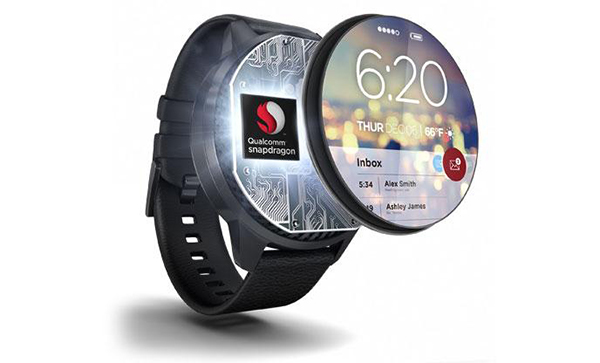 Qualcomm has announced Snapdragon Wear, a new platform for wearables, alongside the launch of its new Snapdragon X16 Gigabit LTE modem and three new mid-range SoCs. It also revealed the Snapdragon Wear 2100 SoC, a new chip for smartwatches and other wearable devices.

The Snapdragon Wear platform is targeted at developers and designers in the wearables market. It offers a full suite of silicon, software, and support tools, in addition to multiple ODM designs to speed up and ease the design process for a wide range of wearables. It encompasses far more than just smartwatches, and is suited for trackers for kids and the elderly, sports watches, connected headsets, and even smart eyewear.

Qualcomm also said that it supports features integral to next-generation wearables, including always-on connectivity and an integrated, ultra-low power sensor hub that enables more complex and accurate algorithms that give a more cohesive picture of users and their environments.

The new chip features four Cortex-A7 cores, an Adreno 304 GPU, and an integrated modem digital signal processor (DSP) for things like sensor processing and keyword detection. It is available in two versions – connected and tethered. In the connected version, the onboard X5 LTE modem allows users to stream music, answer calls, and send messages directly via their wearable, essentially allowing them to leave their smartphones behind.

On the other hand, the tethered version uses Bluetooth and Wi-Fi connectivity, which means that users will need to keep the “tethered” device, for instance a smartphone, nearby.

Devices powered by the Snapdragon Wear 2100 SoC are already in development, with smartwatches featuring the new chip expected to be commercially available in the second half of 2016.