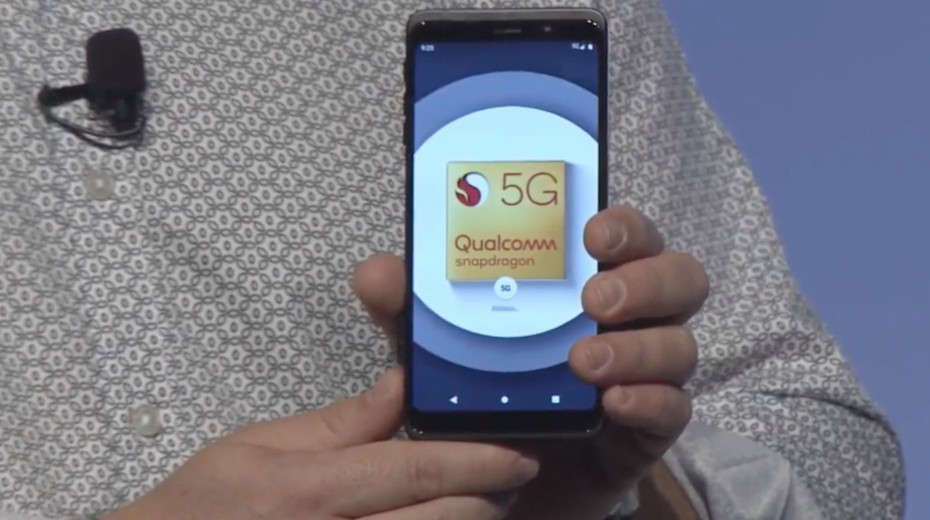 Having already announced its Snapdragon 855 SoC at an event last month, Qualcomm used its press conference at CES to instead focus on 5G and its efforts in the automotive industry.

Qualcomm CEO, Cristiano Amon, declared on stage at CES that 2019 will be “the year of 5G” and said that over 30 devices, mostly smartphones, are set to launch in 2019 that will use both its Snapdragon 855 processor and its Snapdragon X50 modem. True to his promise at last year's CES, where he stated he would show on stage the first Qualcomm 5G device in a year's time, he then pulled a 5G reference device out of his pocket to show to the crowd (pictured above).

Amon went on to share the success Qualcomm has had in the automotive industry, stating that Qualcomm has landed "digital cockpit" contracts with 18 of the world's top 25 automakers. According to Amon, these automakers will be making use of Qualcomm's new third-generation Snapdragon Automotive Cockpit platforms, which cover processors as well as a variety of wireless connectivity options (4G/5G, Wi-Fi, Bluetooth, etc.) and value-added software functions.

Amon also highlighted Qualcomm's efforts in the relatively nascent vehicle-to-everything (C-V2X) market, which aims to enable solutions that let cars obtain information and safety alerts from other cars, as well as radios built into nearby infrastructure. Qualcomm showed how the system could be used to alert a driver about a nearby pedestrian or warn a driver taking a left turn about an oncoming car. Ford executive, Don Butler, announced on stage that Ford cars will include Qualcomm's C-V2X chip starting in 2022.

Finally, Qualcomm also announced a partnership with Amazon, with its Alexa smart assistant fully integrated into Snapdragon-powered devices. In a demo, a 30-inch display powered by a Qualcomm processor was shown demonstrating Alexa's full range of capabilities.

Join HWZ's Telegram channel here and catch all the latest tech news!
Our articles may contain affiliate links. If you buy through these links, we may earn a small commission.
Previous Story
The Lenovo Legion Y44w is a sprawling 43.4-inch curved display
Next Story
Intel demos 10nm Ice Lake SoC, to come in products by end of the year