Qualcomm decides to launch its own flagship-grade Android OS phone

Qualcomm decides to launch its own flagship-grade Android OS phone 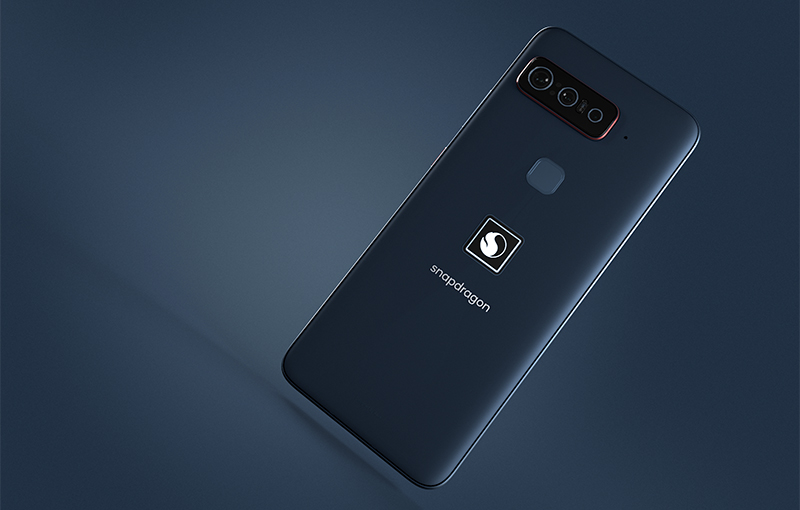 Of all companies to launch a flagship-grade Android smartphone for consumers, we certainly were not expecting it to come from a brand responsible for the chipsets and components within - Qualcomm. 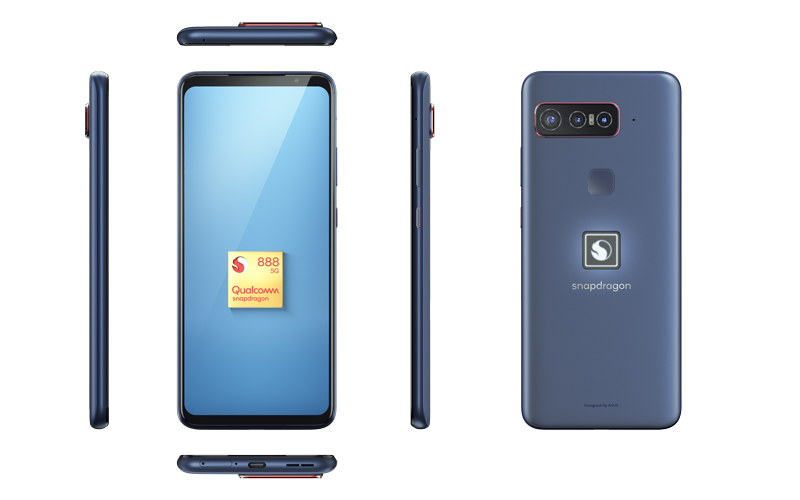 That’s right. Qualcomm announced the launch of the Smartphone for Snapdragon Insiders by ASUS. Yes, that’s the phone’s name. We’ll just refer to it as ‘the phone’ from this point on.

The Smartphone for Snapdragon Insiders by ASUS is a stock Android 11, 5G-capable, flagship-grade handset manufactured and designed by ASUS. As such, its design language is similar to the ASUS ZenFone 8. While it’s marketed as a phone for its 1.6 million-strong fan community, the handset is available for retail in consumer channels (more on that below). 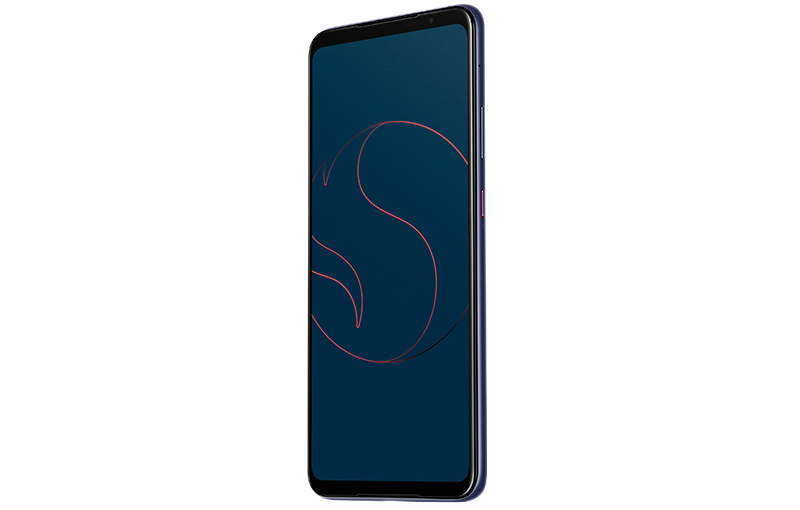 Qualcomm Snapdragon 888 and all its perks 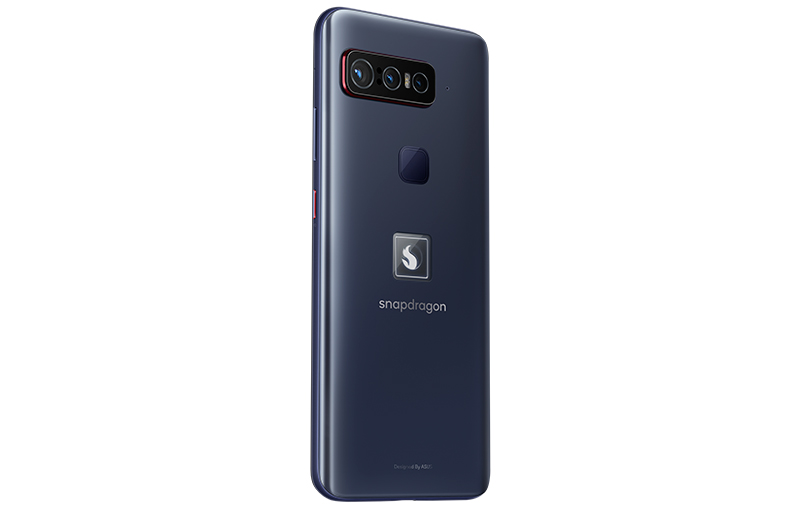 It would be remiss of Qualcomm not to use the best-of-class for their first-ever flagship-grade phone. Hence, the handset packs a Qualcomm Snapdragon 888 chipset - the current-generation flagship-tier processor featured in nearly all pricey and high-end phones (with a few exceptions like Apple, Huawei, and Samsung, who make their own mobile processors). Using SD888 grants many of the phone’s core competencies seen below.

Besides its immense performance, the phone also offers built-in 5G compatibility with most 5G networks (4x4 MIMO) and up to Wi-Fi 6E support (2x2 MIMO). Other connectivity features are NFC and Bluetooth 5.2. 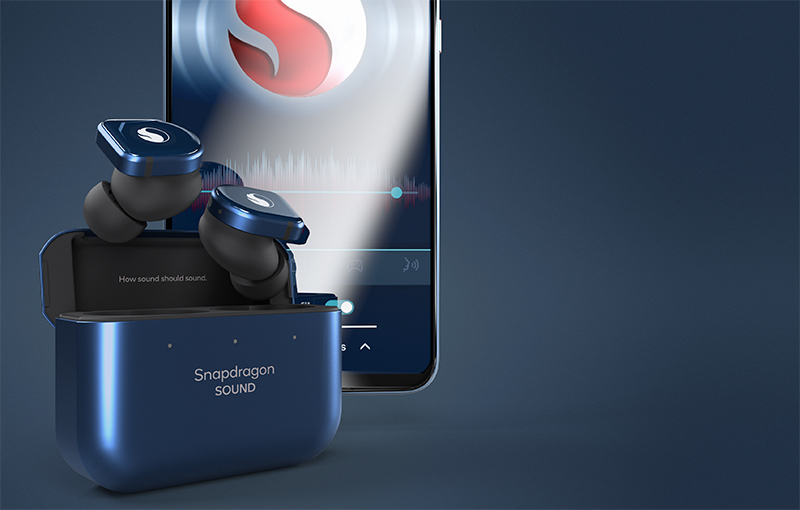 Plenty of attention was paid to the phone’s audio department. The main draw is Snapdragon Sound, a series of audio optimisations, features, and related technologies meant to bring out the Snapdragon 888 chipset’s audio capabilities.

It supports up to 24-bit, 96kHz bit-rate for music (when streamed through a third-party Bluetooth headset), 32kHz for calls, and “ultra-low” latency (we presume 89ms as previously announced) for gaming audio. In addition, the handset itself packs dual stereo speakers: one top-front firing AC SLS0916A-04 and one bottom side-firing AC 1216SLS. 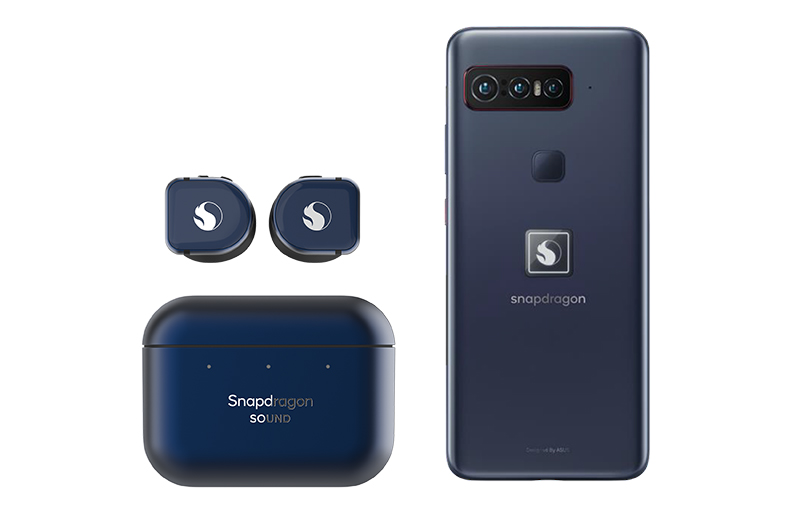 Another massive draw is its included headphones out-of-the-box. Phone brands would typically chuck in a basic pair of call-compatible, wired, in-ear headphones. Not for Qualcomm, though - the phone comes with a premium pair of Master & Dynamic true wireless stereo (TWS) earbuds (with charging case) that can fully take advantage of its 24-bit 96kHz audio quality. 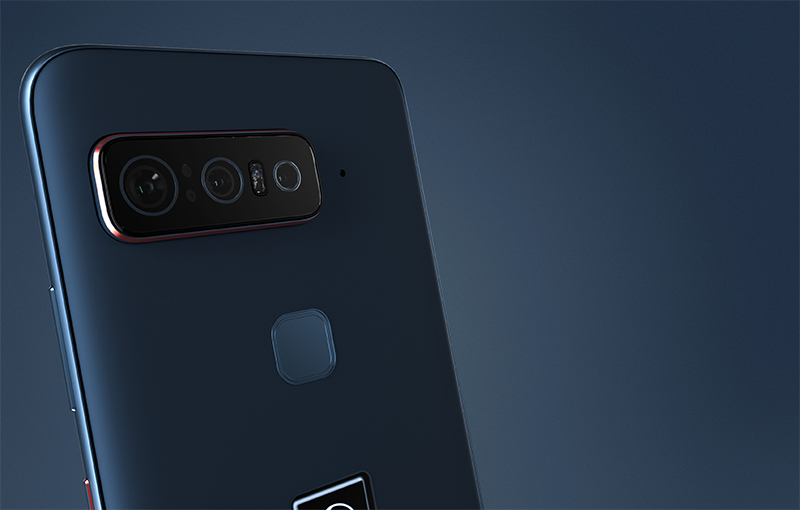 The rear is a triple camera system led by a 16MP main camera with a Sony IMX686 1/1.73-inch sensor and f/1.6 aperture. That’s the same main rear camera sensor on the ASUS ZenFone 8, although Qualcomm’s phone has a lower megapixel count and a brighter aperture. It’s further enhanced with a host of features like Quad Bayer technology (1.6μm effective pixel size, up from the original 0.8μm), four-axis OIS, and 2x1 OCL for phase-detection AF.

The other two rear shooters are a 12MP ultra-wide camera with a Sony IMX363 sensor that supports macro shooting with 4cm focusing distance and an 8MP telephoto camera with 3x optical zoom and 12x total zoom.

These cameras also offer video recording at 8K30FPS (main only), 4K60FPS (main and ultra-wide), and 1080p60FPS with HyperSteady (all cameras). Videography is also assisted with a three-axis EIS, and users can extract 8K and 4K still images from videos. To record sounds, it has AI Auto Zoom, backed by its quad HDR microphones with a 114dB dynamic range.

Its 4,000mAh battery comes with 65W fast charging, and Qualcomm includes the 65W charging adapter, too (take note, Samsung and Apple). Qualcomm packed on 16GB LPDDR5 RAM and 512GB UFS 3.1 storage. The fingerprint sensor is mounted on the back. Unfortunately, the dual 5G Nano-SIM card tray does not support expandable storage via MicroSD, nor does the phone have IP-rated water resistance. 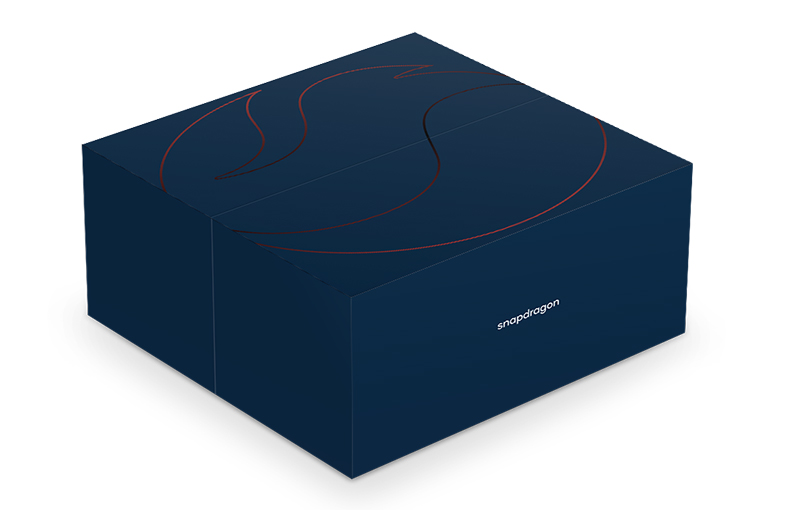 The Qualcomm Smartphone for Snapdragon Insiders by ASUS officially retails at US$1,499 from August 2021 onwards in the following markets: the U.S., China, Germany, the U.K., Japan, South Korea, Taiwan, followed by India at a later date. It comes in one colour, Midnight Blue. The phone is distributed via ASUSTeK’s online store and its respective channel partners.

When asked about Singapore availability, Qualcomm said that they “do not have any plans to share at the moment”.

Join HWZ's Telegram channel here and catch all the latest tech news!
Our articles may contain affiliate links. If you buy through these links, we may earn a small commission.
Previous Story
These could be the specs of the upcoming Google Pixel 6 and Pixel 6 Pro
Next Story
You can start streaming Black Widow on Disney+ via Premier Access tomorrow