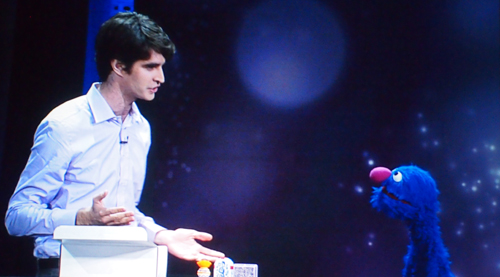 During CES 2012, Qualcomm and Sesame Workshop announced a collaboration to explore augmented reality technology to enrich and enhance the learning experience for children. The prototype playset that we saw featured recognizable characters such as Bert and Ernie, with other complementing playing objects ranging from a fridge, TV to a car for further interaction.

This is made possible by Qualcomm's Vuforia platform. While Qualcomm has been exploring AR technology since last year, the Vuphoria branding was only finalized in the second half of 2011. As of now, over 17,000 developers are working to bring AR onto mobile devices through Vuphoria, which supports over 400 smartphones and tablets in the market. According to Qualcomm, we are looking at over 300 apps that are AR-capable, and the Sesame Street playset is the next step to allow companies to commercialize their products into the AR realm. 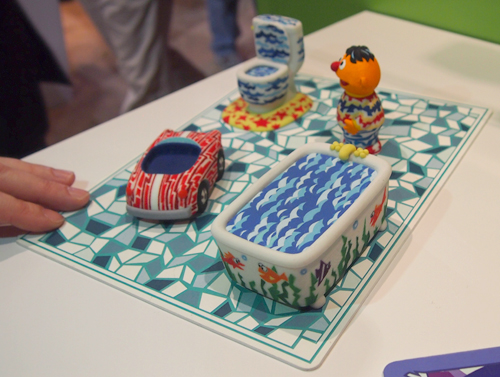 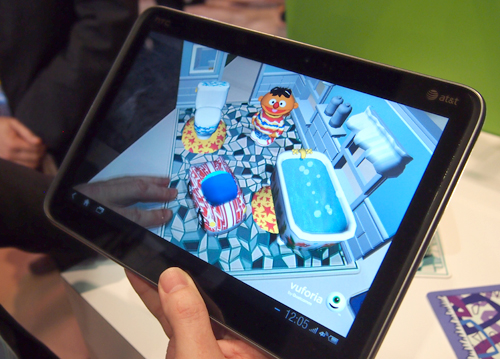 During the demo, Bert was initially placed into the AR space, and once Ernie was added in, we noticed how both sets started interacting with each other. This particular demonstration showcases the processing power of the ARM-based Snapdragon processor, which has to compute multiple objects within the AR field. In fact, once a certain number of objects were placed within the AR game card, we were able to play a game of hide-and-seek for Ernie's rubber ducky by moving the camera closer to the objects.

Join HWZ's Telegram channel here and catch all the latest tech news!
Our articles may contain affiliate links. If you buy through these links, we may earn a small commission.
Previous Story
LG to Ship Google TV Sets Late This Quarter
Next Story
Kingston Announces Wi-Drive App for Kindle Fire and More