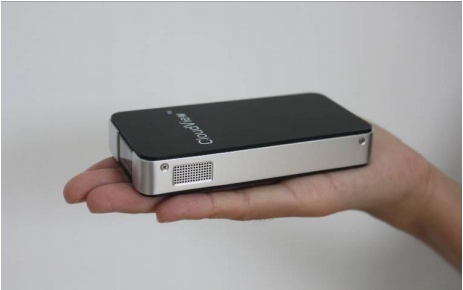 In addition to CloudView, QP Optoelectronics will be showcasing other applications of its novel short throw projection technology including LightPad, which was released at last year's CES show. LightPad connects to smartphones so they can be used like a notebook PC. This year, LightPad comes with an improved keyboard as well as a screen with a brightness that will rival other tablets.

Also set to be on display will be a novel user model for smartphones, a "Portable Workstation" which you can carry in your pocket. It is made up of a smartphone connected to a CloudView, and a virtual projected keyboard which provides a 20-inch display screen along with a full-sized keyboard on the desktop.

Also set to be demonstrated is the combination of CloudView with a novel 3D screen technology from a Japanese partner. All applications on display are enabled by the short throw projection technology of QP Optoelectronics.

Join HWZ's Telegram channel here and catch all the latest tech news!
Our articles may contain affiliate links. If you buy through these links, we may earn a small commission.
Previous Story
Android 4.1.1 and Sense 4+ Update Available for HTC One S
Next Story
Matrix Audio Qube Pocket Speaker to Debut at CES 2013