Another cashless alternative has risen, this time via Qoo10. The e-commerce website recently announced a new proprietary e-payment system called Qpay. It primarily features payment via QR codes, and the ability to redeem Qoo10 loyalty points and coupons even at physical storefronts around town.

According to Qoo10, it’s easy to use their QR code-based payment system. Once you find a shop that accepts Qpay, just fire up a QR code reading app to scan the merchant’s QR code on display. Any reader app works, but the Qoo10 app has its QR code reader too. 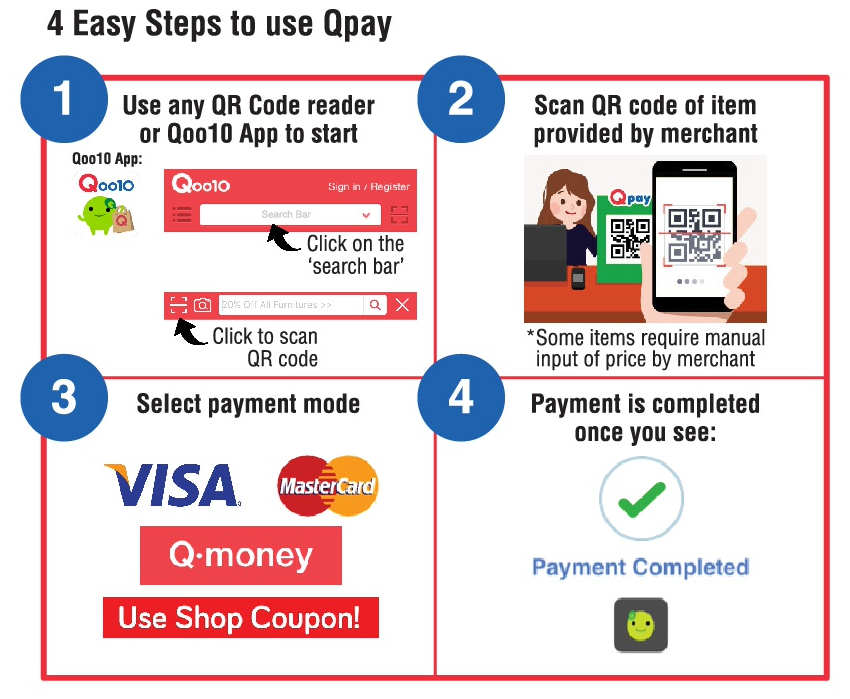 The shopper then chooses the card or bank that he/she prefers to pay with, and they can also pick out applicable loyalty coupons and points, along with QMoney and QPayment to lower the final bill. QMoney can offset up to a maximum of 10% of the total bill, or S$5 - whichever is the lower amount out of the two. The payment can then be completed.

Qpay works with Visa, Mastercard, and NETS. About 1,200 merchants and shops accept Qpay.

Update (11th October 2017): Qoo10 expects to see an increased number of merchants participating in Qpay "in the months to come", with no specific target disclosed. Qoo10 is also working on bringing on other card companies besides Visa, Mastercard, and NETS, but it is dependent on each card's policies and how it would interact with Qpay. 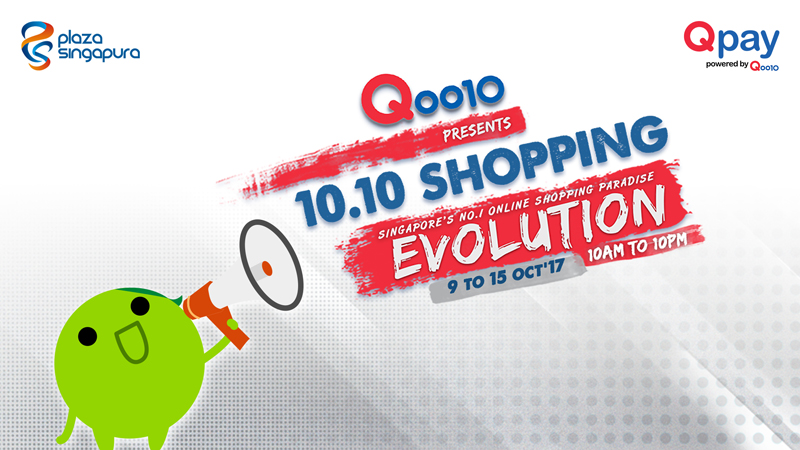 You can try out Qpay over at Plaza Singapura – Qoo10 is holding a “Qoo10 10.10 Shopping Evolution” until 15th October 2017. The event is open to the public, presenting itself as an opportunity for both online and offline shoppers to experience the new Qoo10 system.

If you’re curious about Qpay, Qoo10 has a web page with all the other details about their new cashless system. The site also offers basic instructions for merchants on how to employ Qpay as a payment standard as well.

Join HWZ's Telegram channel here and catch all the latest tech news!
Our articles may contain affiliate links. If you buy through these links, we may earn a small commission.
Previous Story
The EOS M100 is Canon's easiest to use mirrorless camera yet (Updated with pricing)
Next Story
Microsoft was developing a bezel-less all-screen Windows smartphone back in 2014