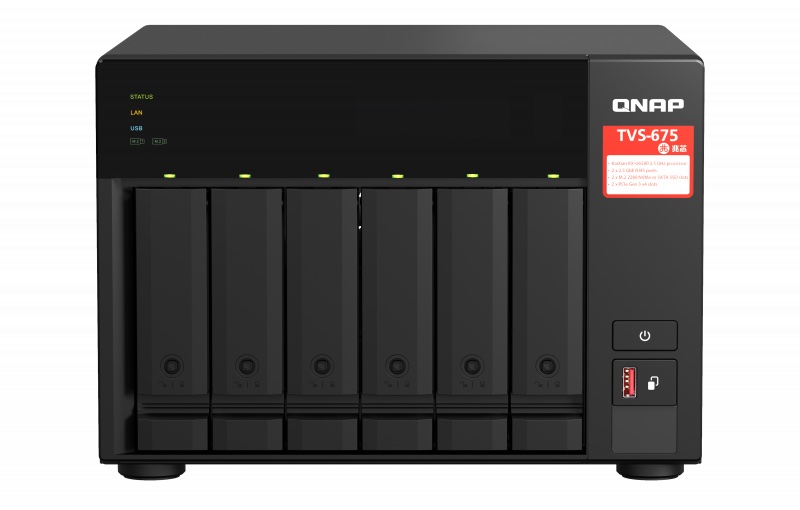 Zhaoxin isn’t a familiar name to those of us used to Intel and AMD. Based in China they have largely only been available domestically. Indeed, this appearance in the QNAP TVs-675 is their overseas debut.

In terms of performance, the benchmarks we were able to find online show the Zhaoxin KaiXian KX-U6580 being compared to an Intel Celeron J4105 Quad-Core processor and coming out only slightly ahead.

Looking inside the TVS-675

Apart from the choice of processor, the TVs-675 looks like a standard NAS.

The dual 2.5GbE ports support Port Trunking for up to 5 Gbps transmission speeds, improving the performance of bandwidth-hungry applications such as large file transfers and fast backup/restoration. 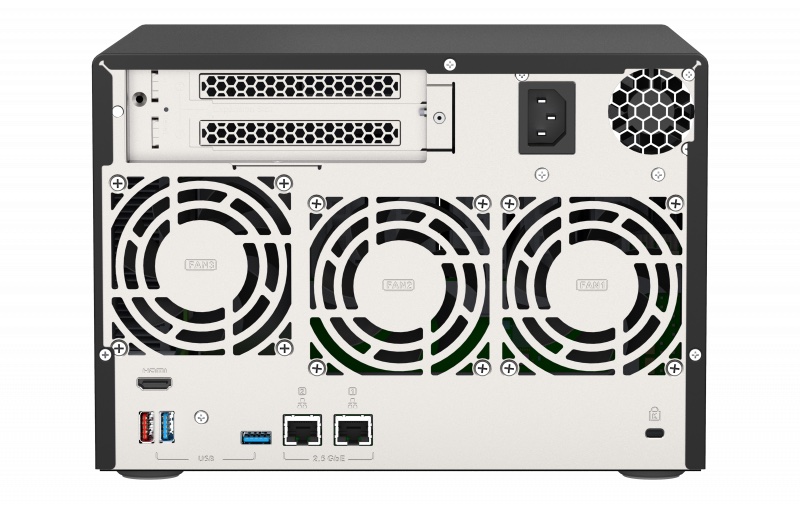 The TVS-675 is priced at S$1,859 (enclosure only) with a three-year warranty. You can also purchase a warranty extension that extends your warranty coverage up to 5 years. It is available from Convergent Systems (S) Pte Ltd.

Join HWZ's Telegram channel here and catch all the latest tech news!
Our articles may contain affiliate links. If you buy through these links, we may earn a small commission.
Previous Story
ActionCity is celebrating its 21st Anniversary by opening premium gallery BLAXK
Next Story
Klipsch’s updates the T5 II True Wireless earbuds range with ANC versions