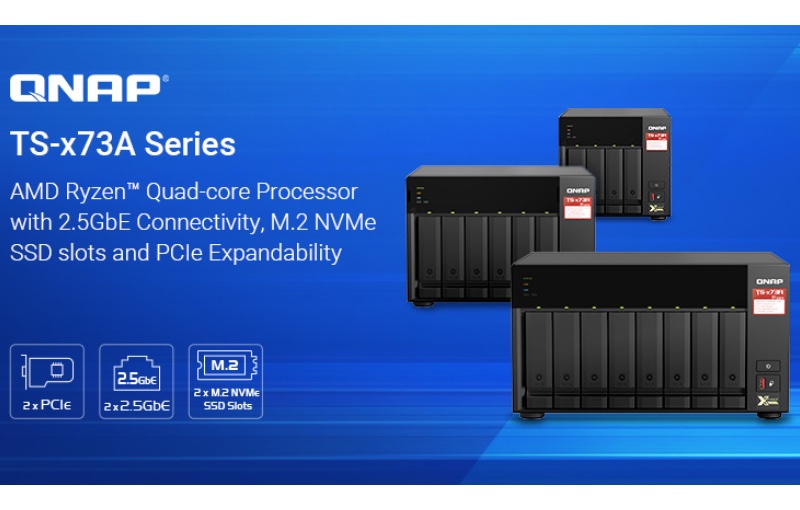 Two 2.5GbE RJ45 LAN ports can deliver up to 5 Gbps transfer speeds under Port Trunking. Additional connectivity comes in the form of three Type-A-USB-3.2-Gen-2-10Gbps connections and one Type-C-USB-3.2-Gen-1-5Gbps can be used.

The TS-x73A series can also support graphics cards so that the performance of applications such as video editing, 4K UHD transcoding, and imaging processing can be improved in QTS (QTS bring QNAP’s operating system for their NAS devices). Graphics cards can also be allocated to virtual machines via GPU passthrough.

Join HWZ's Telegram channel here and catch all the latest tech news!
Our articles may contain affiliate links. If you buy through these links, we may earn a small commission.
Previous Story
Aftershock has updated their gaming notebook range with Intel's 11th Gen H-series processors
Next Story
Cooler Master’s MasterCase EG200 expands your laptop's graphical power