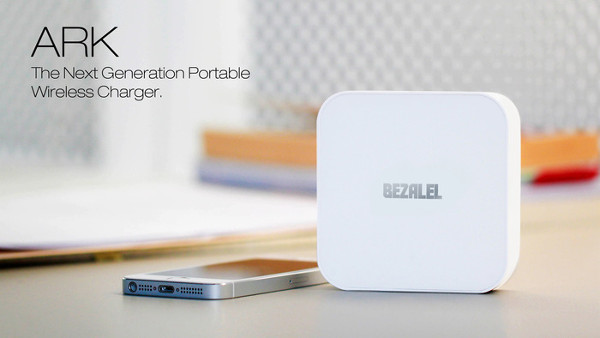 Portable wireless chargers are fast gaining acceptance, especially among some of us who are weary of wiring our mobile gadgets to a power outlet or a power bank when they run low on battery. ARK is the latest wireless charger to hit the market. It uses Qi, an interoperable standard developed by the Wireless Power Consortium.

Engineered by Bezalel, the ARK is compatible with all Qi-certified devices, including the iPhone 4 and later, Nokia Lumia series, and Samsung Galaxy S3/S4, and Nexus 4. The charger can be used directly with devices that are Qi-wireless charging capable (like the Nexus 7), but iPhones will require a charging case, which will be shipped with the base, while Samsung devices must use a patch that attaches to their batteries.

ARK's developers has declared that after running tests with the iPhone 5s, they have established that the ARK can charge phones 20% faster than other wireless chargers, or 5% faster than conventional cable-charging from battery packs. The base's battery can supply up to three full charges, and has a USB port to enable dual charging, just in case you have a second mobile device, like a tablet.

Also, you can read more about Qi in our article here.