The Q6F is Samsung's most affordable QLED TV this year, and it's now in stores

The Q6F is Samsung's most affordable QLED TV this year, and it's now in stores 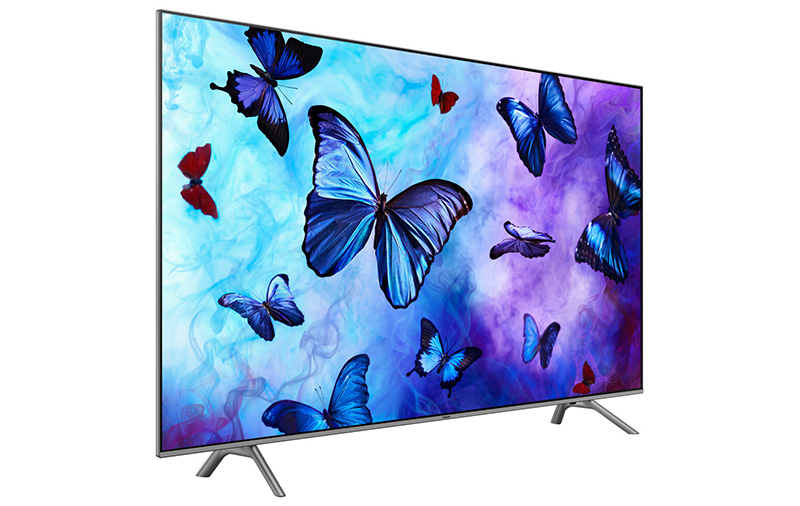 A couple of months back, we reported about Samsung’s 2018 QLED TV lineup for the Singapore market, which at the time, consisted of the new Q9F, Q8C, and Q7F. Fast forward to today and we now know that another QLED series has arrived in the market, and it’s called the Q6F.

Available in stores starting last month (June), the 2018 Q6F QLED TV shares many features with its higher-end and higher-priced siblings. For one, it’s a quantum dot-enhanced 4K TV with 100% color volume, which means colors will remain consistent and accurate across different levels of brightness. It also supports HDR10+, so with compatible streaming content, it can do dynamic tone-mapping to get even better HDR quality.

Despite its HDR capabilities, the Q6F isn’t certified by the UHD Alliance as an Ultra HD Premium TV. This suggests that this edge-lit TV doesn't go as bright as the also-edge-lit Q7F or Q8C. The Q6F’s specs also suggest it has a narrower viewing angle than the other QLED TVs, probably due to a different anti-reflective treatment used on this screen.

Design-wise, the Q6F sports very thin bezels across its top and two sides. It uses Samsung’s One Remote Control, which is so named because the remote is able to automatically detect, connect, and label connected devices. In short, you can search for content and control the TV and other devices connected to it with a single remote.

The Q6F also has something called Magic Screen, which lets you configure the TV to display decorative or useful content (e.g., photos, time and weather on an interactive background) instead of leaving it as a giant black piece of glass when you aren't actively using it.

In terms of connectivity options, the Q6F comes with four HDMI ports and two USB ports. For analog sources, you can use the standard component and composite inputs. The TV has built-in wired and wireless LAN support, too. For audio, you get one digital audio output (optical) and the built-in speaker is rated at 40W RMS. Unlike the other QLED models, the Q6F doesn't use the One Connect box, so all the ports are found on the back of the TV.

Our articles may contain affiliate links. If you buy through these links, we may earn a small commission.
Previous Story
Leaked photos of the upcoming Samsung Galaxy Tab S4 show close up images of the redesigned S Pen
Next Story
NVIDIA Drive Pegasus will power Bosch and Daimler’s automated vehicles