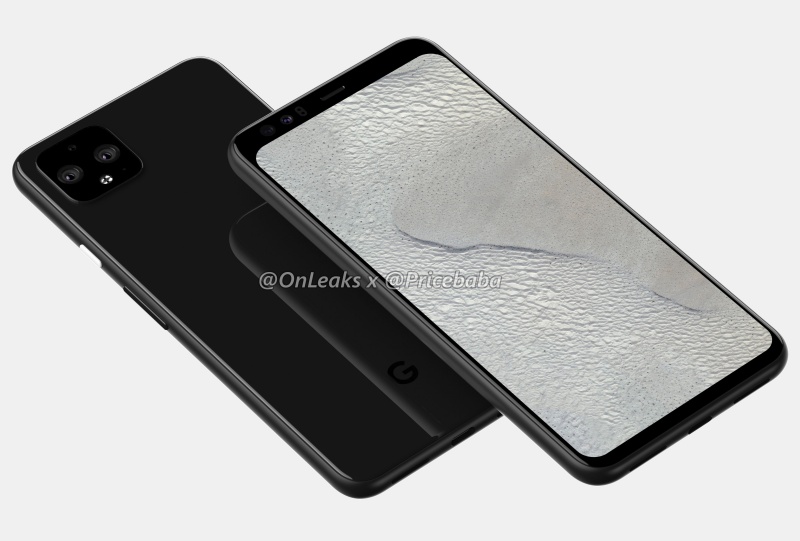 Tipster @OnLeaks and Pricebaba have collaborated again to bring an exclusive look at the upcoming Google Pixel 4 XL smartphone. The high resolution renders of the phone reveal a thick bezel at the top of the display and a slimmer bezel at the bottom. The display appears to measure about 6.25-inches with the thick bezel on top housing a pair of front-facing cameras and unknown sensors.

@OnLeaks claims that the rear of the Pixel 4 XL is made of glass and has a montone design. The thickest part of the phone is around the camera bump at 9.3mm while the rest of the device is about 8.2mm thin.

The renders also show three rear camera sensors in the square bump. The Google Camera code hints that one of the camera modules will house a telephoto lens while the third module could be a 3D Time-of-Flight sensor.

Both parties released renders of the Pixel 4 last month, which prompted Google to confirm the official design of the phone on Twitter. Days later, the Pixel 4 was spotted in London.