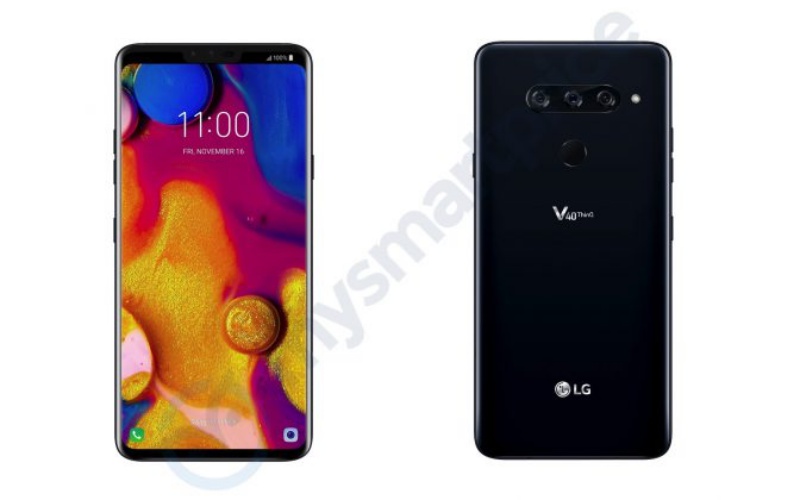 Purported renders of LG’s upcoming V40 ThinQ smartphone seem to back up rumors about the device having five cameras and a notch.

Obtained by MySmartPrice, the renders show the handset having a glass back with a mirrored finish. The rear of the V40 ThinQ has a triple-camera setup with a single LED flash and a fingerprint sensor underneath it. An earlier report claims that the triple-camera setup consists of a 20MP, 16MP and 13MP lens. The V40 ThinQ could possibly be the first phone to have a “super wide angle” lens and a “super telephoto” lens.

The front of the device has a notch above the display, which could be hidden with black bars if the user wants to. The notch is said to house two front facing cameras and the earpiece. Other notable observations include a dedicated button on the side which could be used to activate Google Assistant, a USB Type-C port, and a 3.5mm headphone jack.

Based on the date indicated in the renders, LG is expected to unveil the V40 ThinQ on 16 November.

Join HWZ's Telegram channel here and catch all the latest tech news!
Our articles may contain affiliate links. If you buy through these links, we may earn a small commission.
Previous Story
The Logitech MX Vertical Mouse is an ergonomic mouse that reduces arm strain
Next Story
Be the life of any party with LG's updated XBoom lineup