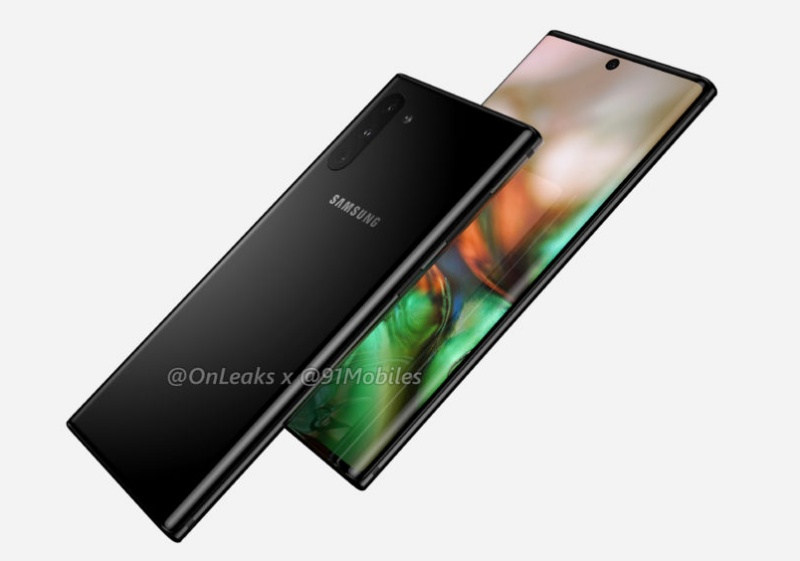 91Mobiles and @OnLeaks published purported renders and a 360-degree video of the upcoming Samsung Galaxy Note10.

Based on the latest leak, the Galaxy Note10 is likely to have a punch-hole design although the location of the camera cutout is in the middle.

The Galaxy Note10 is expected to sport a 6.3-inch Dynamic AMOLED display which is slightly smaller than the 6.4-inch Galaxy Note9. There would be an in-display fingerprint sensor similar to the Galaxy S10/S10+. 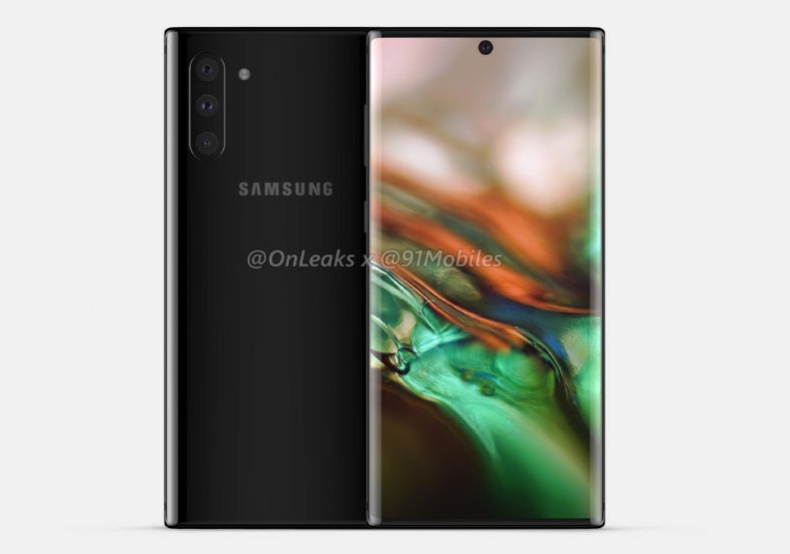 The back of the Galaxy Note10 will see a different setup for the cameras: there will now be a vertical triple-lens setup at the corner of the device. While camera specs are not known at the moment, we can expect Samsung to use the same lens (wide, telephoto and ultra-wide) as the Galaxy S10/S10+.

Samsung is also reportedly removing the 3.5mm headphone jack and Bixby dedicated button on the Galaxy Note10. Other rumored specs include Snapdragon 855/Exynos 9820, up to 12GB RAM and Android 9.0.

There is speculation about a Pro model with a larger 6.75-inch display, a quad-camera setup on the rear, UFS 3.0 storage, 45W fast charging and capacitive buttons.

Samsung is expected to unveil the Galaxy Note10 in August.