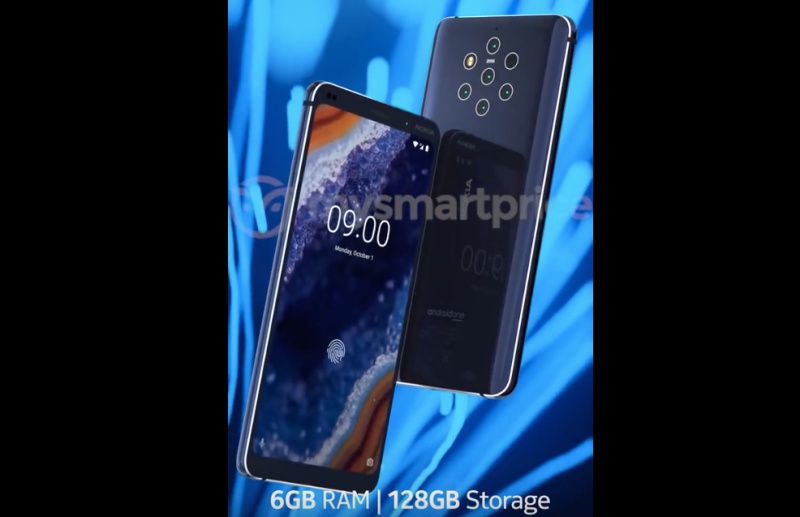 The Nokia 9 PureView is closer to an official launch as the purported promotional video for the phone has been leaked by @MySmartPrice.

The promotional video reveals some of the specs and design of the Nokia 9 PureView, which include a glass back, a metal frame, wireless charging support, a 5.99-inch 2K display with an 18:9 aspect ratio and thick bezels at the top and bottom, Qualcomm Snapdragon 845, 6GB RAM, 128GB internal storage space with a microSD card slot, an in-display fingerprint sensor, five rear-facing cameras with Zeiss optics that can capture up to 10x more light, Android 9 OS, and guaranteed software updates for up to two years under Android One.

Join HWZ's Telegram channel here and catch all the latest tech news!
Our articles may contain affiliate links. If you buy through these links, we may earn a small commission.
Previous Story
iOS 12.1.2 is now causing Wi-Fi connectivity issues for users around the world
Next Story
A listing for Lenovo’s Legion laptop points to an NVIDIA GeForce GTX 1160 GPU