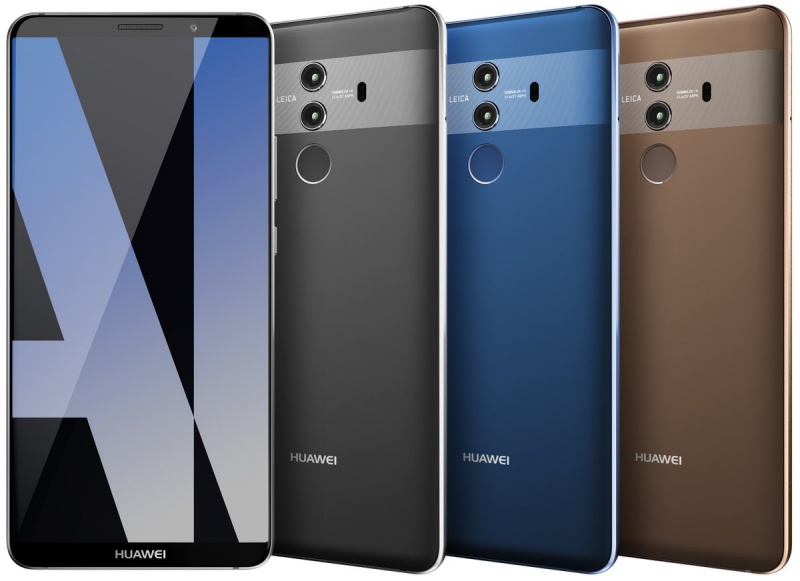 Huawei's upcoming iPhone 8 killer has been leaked in its full glory thanks to @evleaks. The leaked photo suggests that the Mate 10 Pro will sport an edge-to-edge display, Leica-branded dual-camera module on the back and a rear fingerprint sensor.

The Mate 10 family, which will be unveiled on 16 October, consists of three models which are the standard model, the Pro model and a Lite mode. More than a week ago, @evleaks shared a purported photo of the Mate 10 Lite along with its specs which include a 5.9-inch display, dual cameras on the front and back and an octa-core Kirin 658 chipset.

The Mate 10 will be equipped with a more powerful processor, the Kirin 970 which has a dedicated Neural Processing Unit (NPU) for AI-related tasks. Its rumored specs include a 6.1-inch display, 6GB RAM and a huge battery of at least 4,000mAh. The Mate 10 is touted by Richard Yu, chief of Huawei's consumer division, as a "more powerful product" than the iPhone 8 in many aspects such as battery life, photography capability and charging speed.

Join HWZ's Telegram channel here and catch all the latest tech news!
Our articles may contain affiliate links. If you buy through these links, we may earn a small commission.
Previous Story
The new parking.sg app will free drivers from parking coupons (available now)
Next Story
Apple said to be developing ARM chips for Macs and radio modems for iPhones