PSA: You can now book a private ambulance using the Speedoc app

You can now book a private ambulance using the Speedoc app 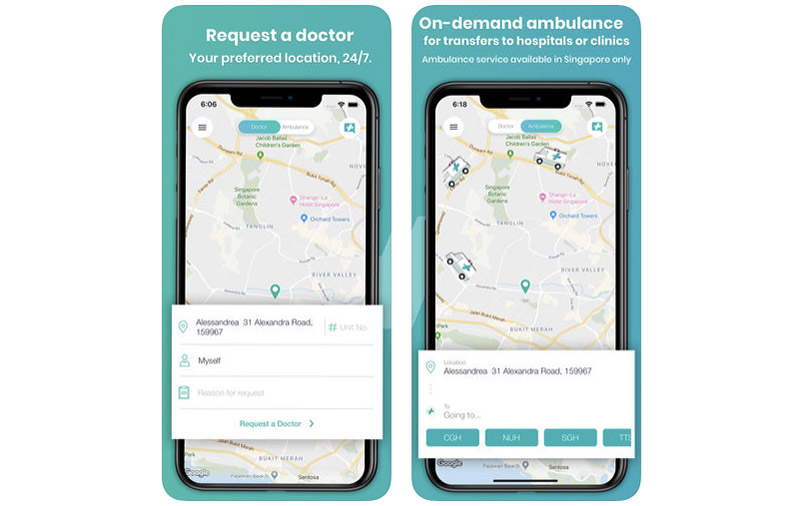 Singapore startup Speedoc, which is known for its app that lets you call a doctor to your house anytime of the day, has announced that users can now also book an ambulance through its just-updated Speedoc app.

According to Speedoc, the rising demand for private ambulances, which is in part contributed by the Singapore Civil Defence Force’s (SCDF) April announcement that it would stop conveying non-emergency (i.e. non-life threatening) cases to hospitals, is its primary motivation for offering this service.

Currently, users who need a private ambulance have to either contact over 20 operators individually or call the 1777 non-emergency ambulance hotline. For the latter, Speedoc says users sometimes have to wait quite a while to get an ambulance—which isn't ideal for users with non-emergency conditions but require medical attention as soon as possible. With the app, Speedoc’s chief executive officer Dr. Shravan Verma says that users will be able to get an ambulance response “within minutes”.

The updated Speedoc app is now available on the Apple App Store and Google Play store. The ambulance-hailing service is available 24/7, but charges will differ based on timing, location, day, and if any other additional equipment is used. To that end, Speedoc says users will be informed of all charges before they confirm their bookings.

Join HWZ's Telegram channel here and catch all the latest tech news!
Our articles may contain affiliate links. If you buy through these links, we may earn a small commission.
Previous Story
Apple updates MacBook Air and MacBook Pro for back-to-school season
Next Story
Google's updated Stadia FAQ reveals more details about the gaming service