PSA: Here's how to fix your M1 Mac if you face reinstallation errors

PSA: Here's how to fix your M1 Mac if you face reinstallation errors 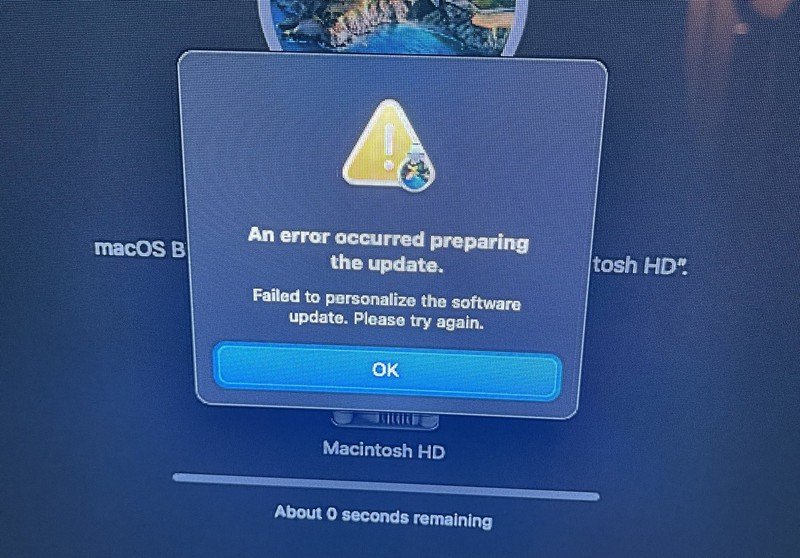 The new M1-powered Macs are incredibly powerful but users are reporting errors when trying to reinstall the OS.

Usually, restoring and reinstalling the OS on a Mac is a straightforward affair. However, something is causing these new M1 Macs to trip up, triggering the above error during the reinstallation process. This error renders the Mac unusable because there's now no OS to boot to.

Fortunately, Apple has now posted workarounds to this issue. Specifically, there are two fixes. The first is to create a bootable installer using another Mac.

The second is a 17-step process involving using Terminal in macOS Recovery.

You can check out Apple's fixes here.

Apple seems to suggest this problem occurs if you haven't updated to macOS Big Sur 11.0.1 but I can confirm that even after updating, I still faced this error.

I haven't tried Apple's fixes so I can't comment on their efficacy. What I did do to restore M1 Mac is boot it into DFU mode and restore it using a second Mac with Apple Configurator 2.

Booting into DFU mode is tricky and requires timing and some hand acrobatics, but if you can get it done, the process only takes about 20 minutes. You can find the steps I took to restore my M1 Mac here.

The problem with this fix is that it requires a second Mac but I have tried it and I can confirm it works.