Note: This article was originally published on 1 June 2020.

5 June 2020 update: A possible fix is on its way. Read here for more details. 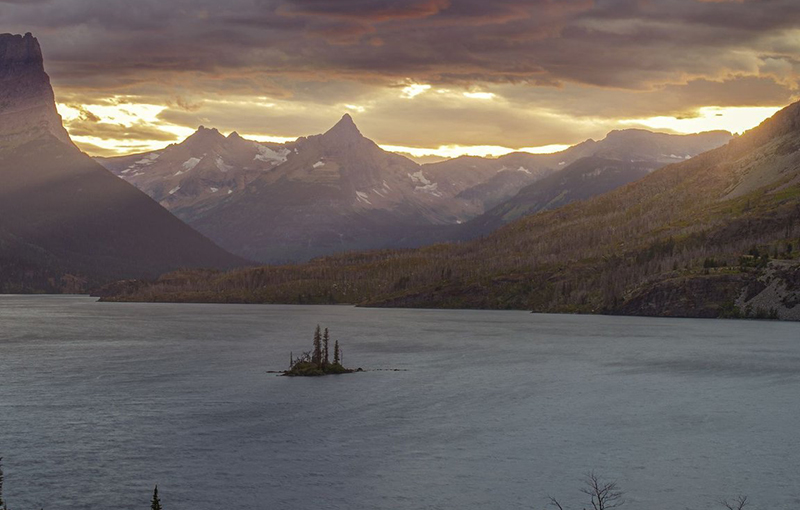 5 June 2020 update: Google and Samsung are looking into fixing this little glitch. The article here contains more details. The article below is kept in its original published state.

An innocuous-looking smartphone wallpaper has been making its rounds on social media and tech circles for its ability to soft-brick Android smartphones and mobile devices. 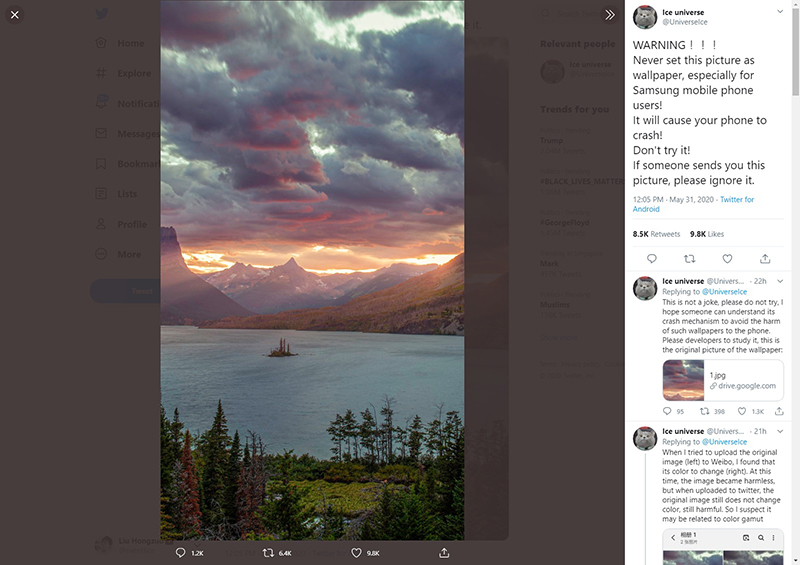 According to various reports, the original copy of the image above (shared by @UniverseIce on Twitter) contains an improperly-coded Google colour profile that's somewhat unreadable by Android-based smartphones.

When set as a wallpaper, it will cause the Android operating system to crash, resulting in a soft-brick for your Android smartphone. Unless the user can purge settings data from Safe Mode, chances are, a factory reset would be needed. 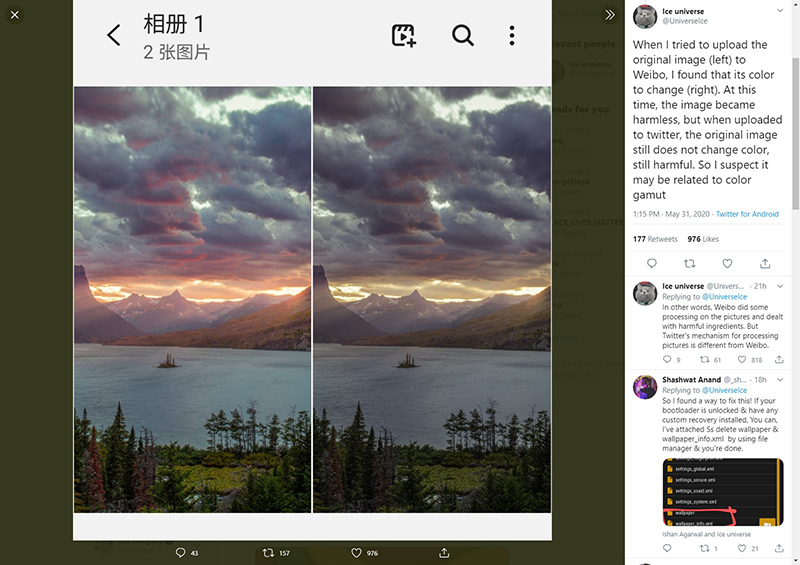 Well, some Android users have allegedly gone ahead with setting the image as a wallpaper out of curiosity, and are met with Android devices stuck in a boot loop. Currently, affected devices include Samsung and Google Pixel smartphones (links display alleged photos and videos of bricked phones), with more examples surfacing on social media platforms. Another example below:

According to Android Authority, this is not a new bug. The problem was once raised to Google via their Android issue tracker in 2018, where the development team deemed it as a "Won't Fix" problem as it was previously not reproducible.

Strange bugs crashing or bricking smartphones are uncommon but still possible, given how unpredictable spaghetti coding can be. For iOS or iPhone users, recent and well-known examples include the May 1970 bug, the malicious three-second video, and the Telugu Bug.