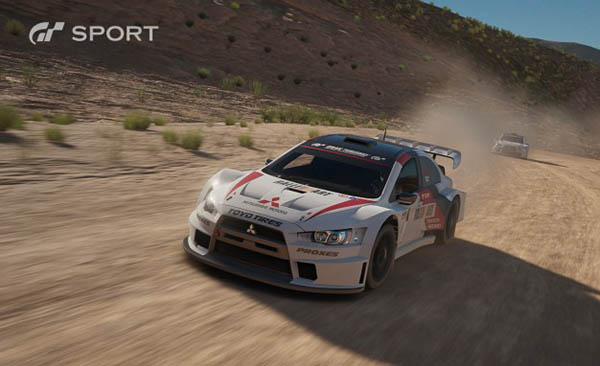 Fans of Polyphony Digital's superb Gran Turismo series have been used to long waits. It's been 3 years since the last Gran Turismo game. Fortunately, there's some respite in sight.

At a special event in London yesterday, Polyphony Digital's CEO Kazunori Yamauchi revealed that Gran Turismo Sport will be released on the PS4 on 15 November later this year.

To be clear, this is not Gran Turismo 7, but at least it's something for racing fans on the PS4 to tide over while Polyphony Digital continues working on Gran Turismo 7.

Gran Turismo Sport is said to feature 140 cars and these cars will all have fully modeled interiors. The cars will span a wide range of classes from regular production cars to GT3 race cars and even prototypes. There will also be 19 tracks on race on, and these will include both dirt and tarmac courses.

Gran Turismo Sport will also be the first title to be built from the ground up to support PlayStation VR.

The game trailer also shows an extensive photo mode where users can position their cars and shoot them across real life locations around the world.

All things considered, the trailer looks great and even though it is not a full-fledged Gran Turismo game, there seems to be quite a good amount of content to keep racer happy.

That said, what we really want to know is when will Gran Turismo 7 arrive?

Join HWZ's Telegram channel here and catch all the latest tech news!
Our articles may contain affiliate links. If you buy through these links, we may earn a small commission.
Previous Story
PSA: 117 million LinkedIn emails and passwords leaked online
Next Story
Cooler Master unveils MasterCase Maker 5, a modular chassis that can be upgraded (Updated)