Update: More rumors are streaming in as we speak. According to BGR Media, Apple will be unveiling a SDK (software development kit) at WWDC for their presumed Apple HDTV display. Allegedly, this TV SDK would enable third-party developers to create apps for upcoming Apple HDTV products.

We don't know if the rumored Apple television is coming out this year, we don't even know if it's coming out at all; until a source claimed to have seen a working prototype of the said television. According to the source, the Apple TV looked similar to Apple's current lineup of Cinema Display monitors. “It resembled an Apple monitor, only much larger,” the source said. 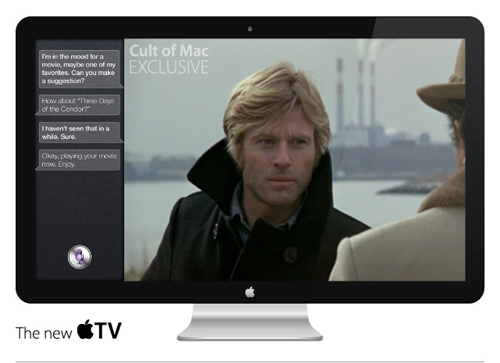 The TV is said to be capable of making FaceTime calls using the built-in iSight camera. It has face recognition which can zoom into the user's face and follow them as they walk around the room. This feature gives users the freedom to stay where they want while making video calls rather than just limiting their space in front of the TV. Siri, the iPhone 4S's virtual assistant, is also present in the HDTV. AirPlay is also supported making streaming fairly easy and comfortable. Unfortunately, that was all the information available as of the moment. The specifications, pricing, or release schedule are still unknown. 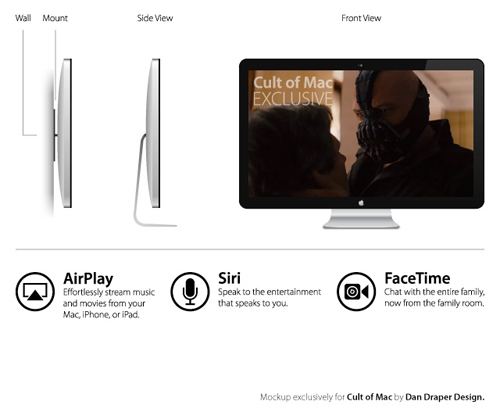 The source that gave these statements has provided great tips in the past. However, not all of them have really pushed through, due to the fact that the source tends to see products in the prototype or early stage and Apple doesn't always choose to go through with it. Although it would be pretty cool if this product does make it to the market.

Join HWZ's Telegram channel here and catch all the latest tech news!
Our articles may contain affiliate links. If you buy through these links, we may earn a small commission.
Previous Story
OS X Mountain Lion and New iCloud Features Coming to iOS 6?
Next Story
No iOS 6 for Original iPad and Third-Gen iPod Touch?