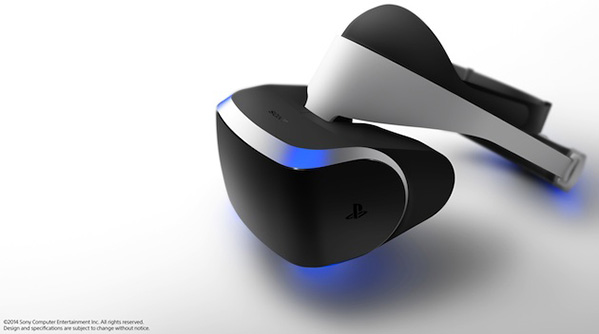 The Oculus Rift was met with great response on Kickstarter in 2012, as it signalled a possible end to the horrible headache-causing graphics and latency issues that have kept quality virtual reality out of our homes for so long. Now, Sony too has joined the hunt for a quality VR experience with the announcement of its own VR headset (dubbed Project Morpheus) at GDC 2014 that works with their Playstation 4.

First the tech: the Morpheus carries a 1080p display with a field of view that’s just over 90-degrees, and holds an accelerometer, a gyroscope, and promises to feature “true spatial sound” using binaural audio.

Eve: Valkyrie (The spaceship dogfighting game first used on the Oculus Rift) was announced as a playable demo, as well as a special build of Thief, and two new titles - The Deep and The Castle - which let players experience a shark-infested lagoon and a medieval fortress respectively.

According to Sony, Project Morpheus will work with the Dualshock 4 Wireless Controller and Playstation Move to deliver “an easy-to-use, plug-and-play VR experience”. The prototype will double as a dev kit, so hopefully it won’t be too long before game developers dive in, but the future certainly looks promising.