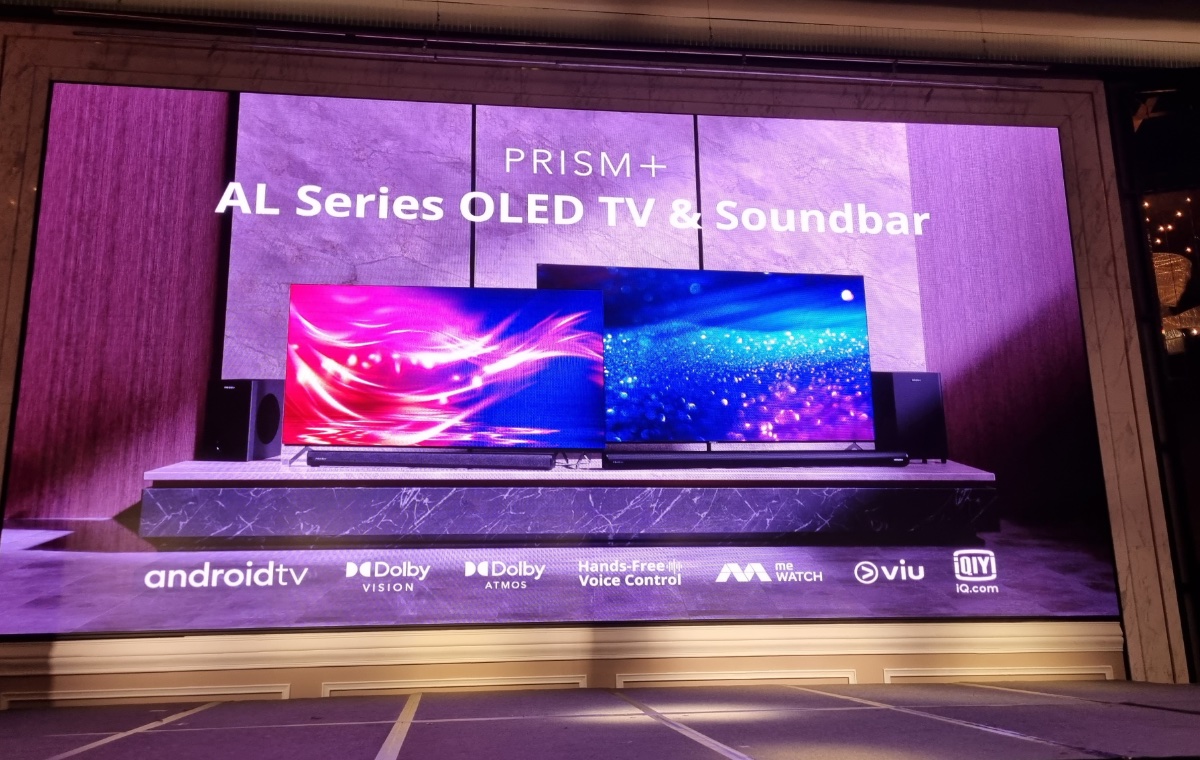 Prism+ has launched its latest Prism+ Alpha line of smart TVs now with OLED displays, and round out their home entertainment line with soundbar solutions - both a first for the company. Since the home-grown company first launched their TV range, the company has been improving them year on year.

As we all know by now, OLED TV screens deliver fantastic crisp, vivid visuals while eliminating the need for backlights, which thus allows the same visuals to be contained within a slim form factor. More than the form factor, the screen's brilliance is immediately apparent with over 8 million self-lit pixels, leading to extremely precise control of every pixel, eliminating blooming and most notably, delivering amazing contrast ratios since blacks are easily achieved by turning off pixels instead of a backlight unit controlling certain TV zones.

For Prism+ who are well known to offer really affordable value-for-money TVs to offer OLED solutions, for consumers, this means two things. First, almost anyone can now own an OLED TV, with options starting well under than S$2k price range. Second, consumers primarily had LG and Sony offerings to consider since the OLED TV revolution began, but today's launch now gives consumers a strong third brand to consider (plus it's also nice to know that a local homegrown brand has made this leap). The Prism+ Alpha features two models, the 55AL and 65AL, which are 55 and 65-inch screen sizes as per their namesake and use LG's OLED panels. Both are just 3.8mm thin and come with technologies like motion smoothing technology (MEMC), Dolby Vision, Dolby Atmos, DTS TruSurround, HDR10, Variable Refresh Rate (VRR), and Auto Low Latency Mode (ALLM).

VRR allows a TV to adjust its refresh rate in real-time to the frame rate output by a games console or PC. What this means is that while movies and TV programs run at a constant frame rate, games don’t (think explosions versus creeping down a hallway). A TV that supports VRR will dynamically match its refresh rate to the frame rate of the game, keeping pace with any changes for smoother, more consistent gameplay.

ALLM allows a TV to automatically switch into its gaming mode whenever a gaming console’s input is chosen. In other words, no user intervention is needed to enjoy the best gaming frame rates with the least lag. 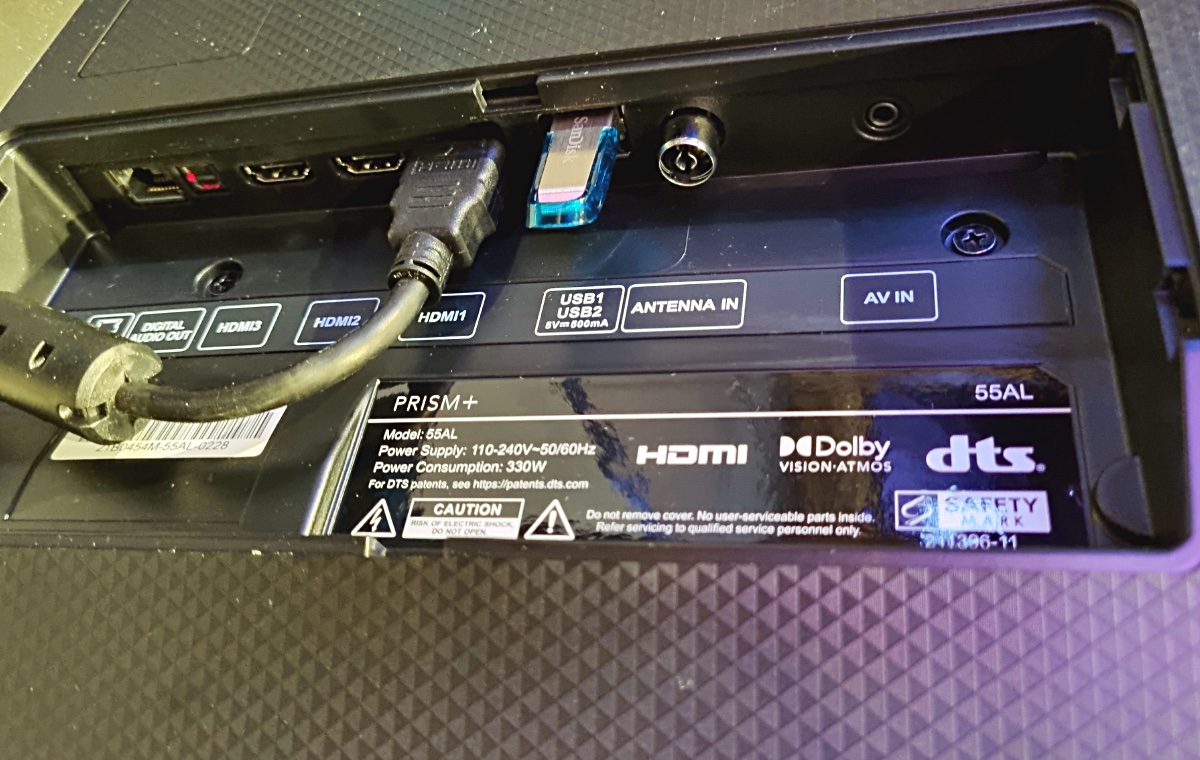 However, some limitations still remain. While the 55AL and 65AL have some HDMI 2.1 features like VRR and ALLM, they still lack a true HDMI 2.1 implementation without high refresh rate support (120Hz at 4K resolution) and eARC support to manage uncompressed object-oriented multi-channel audio output. Strangely, manufacturers only need to include some features to claim to have HDMI 2.1, and not all of them.

This would impact Dolby Atmos audio delivery to an external speaker or soundbar solution as it requires eARC for improved bandwidth to tackle higher-quality uncompressed Dolby TrueHD and DTS-HD Master Audio streams, including Dolby Atmos. So if you have high-quality mediums such as Blu-ray titles of your favourite shows that will undoubtedly use these uncompressed audio formats, that's when the TV's lack of HDMI eARC port will be a hindrance and you would have to settle for older audio formats like Dolby Digital and DTS respectively that are encoded in such audio tracks. So you will still get surround sound, but not in the same resolution, depth and brilliance as uncompressed audio formats.

What's weird is that the company's new soundbar solution (read more below) does have an HDMI eARC port, but the new OLED TVs launched don't. Go figure. 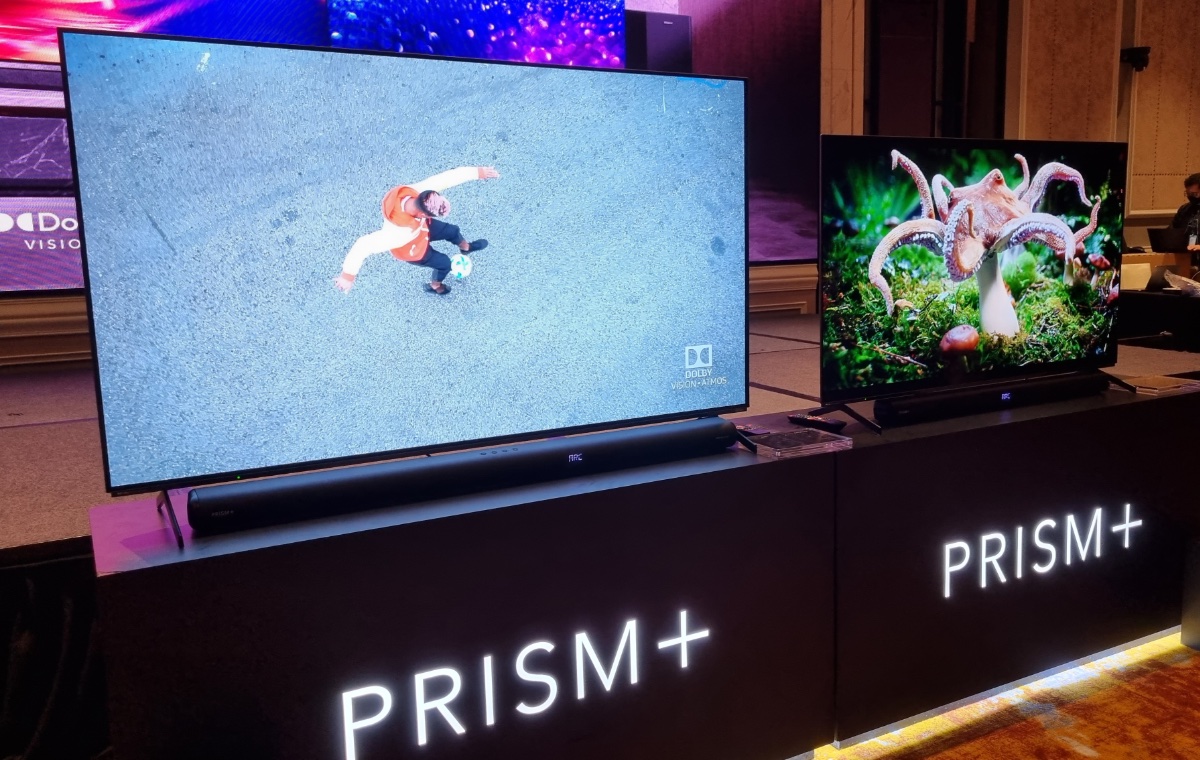 The 55AL and 65AL, will be priced at S$1,699 and S$2,799 respectively and can be ordered from Prism+’s online store and official Lazada store from 6pm tomorrow (11th March). In addition, you will get a 12-months free subscription to meWATCH Prime, and three months free subscription to Viu and iQiYi as well. Aftersales support-wise, Prism+ offers three years on-site warranty. Like the Alpha series of smart TVs, the new Prism+ Flow and Symphony soundbars are a first for the company and are targeted at different audience segments.

The 2.1-channel Flow comes with 240W of audio power output, support Dolby Audio, and measures 890 x 82 x 58mm, making it suitable for desktop setups, as well as small bedrooms. To be clear, 'Dolby Audio' refers to the standard Dolby Digital and Dolby Digital Plus (which is more often used in OTT video streaming services like in Netflix to reduce audio bandwidth consumed). So you get basic surround sound processing delivered in a 2.1-channel setup, but not object-oriented sound processing supported on the Symphony via Dolby Atmos audio decoding and delivery.

Ultimately, that means the Flow will deliver Dolby Audio through its stereo-channel setup, while th Symphony with its Dolby Atmos processing and multi-channle setup will deliver the full surround sound experience. And this was apparent in our brief testing when we sampled the Flow and Symphony. The Prism+ Flow was just delivering standard near-field audio that sounded flat when listening to a Dolby Atmos test clip, whereas the Symphony was crystal clear and was able to better place surround audio effects. 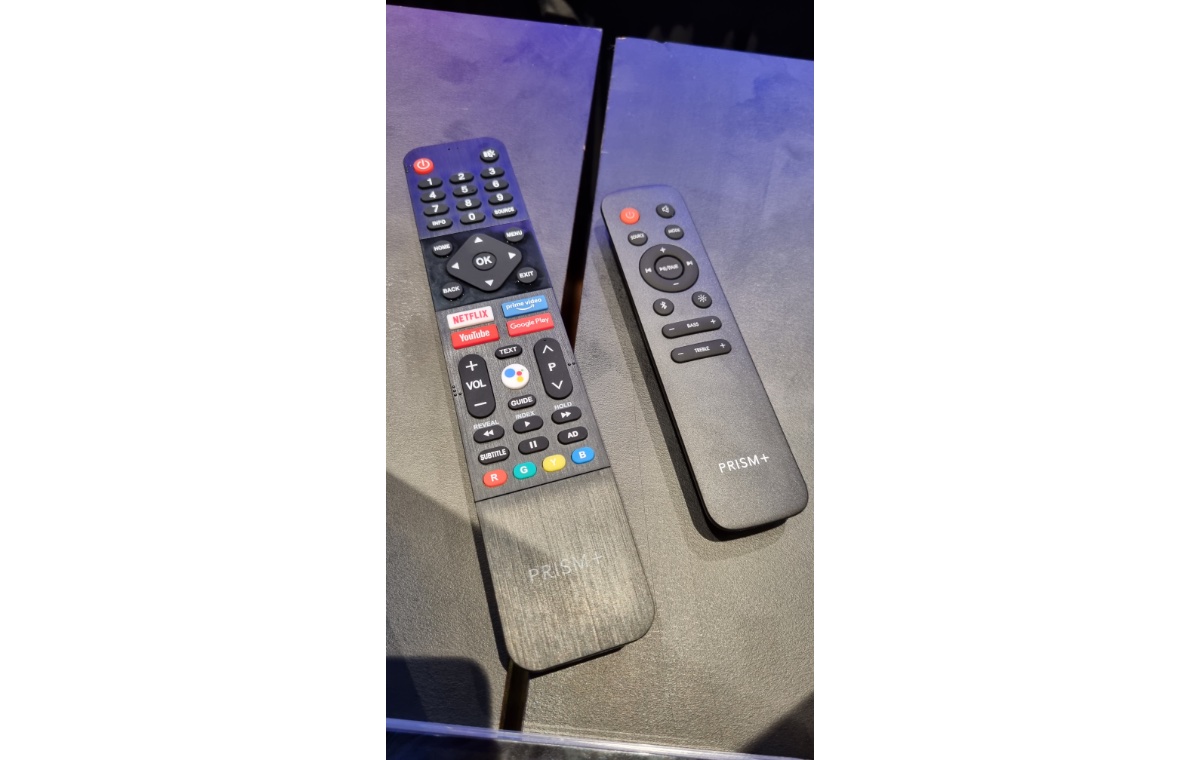 Both soundbars feature wireless subwoofers, Blutooth 5.0 support, five preset modes, USB input, S/PDIF optical input, dimmable displays, remote-based controls. Don't expect a GUI-based menu as all everything you need to know is presented via an LED segment display embedded behind the speaker grille. You'll also not find any Wi-Fi support, built-in apps, nor voice control, or a smart speaker system, but this is par for the course given its target segment and price range.

Fortunately, the Symphony does have three HDMI ports with one of them being a HDMI 1.4 port with eARC support, while the other two are HDMI 2.0 pass through ports if you don't have any ports on your TV.  This is adequate for the the Symphony to support multi-channel, uncompressed, object-oriented audio like Dolby Atmos. The Prism+ Flow on the other hand, only has a single HDMI 1.4 port with normal ARC support, but it is adequate for its caliber. Both soundbars will also be available for pre-orders at 6pm on 11 March from PRISM+’s online store and official Lazada store, and ship by the end of March 2022. They will be priced at S$699 for the Prism+ Symphony and S$249 for the Flow.

Join HWZ's Telegram channel here and catch all the latest tech news!
Our articles may contain affiliate links. If you buy through these links, we may earn a small commission.
Previous Story
Apple may launch a Pro version of the Studio Display in June
Next Story
DHL and Singapore Airlines ink new agreement to expand partnership