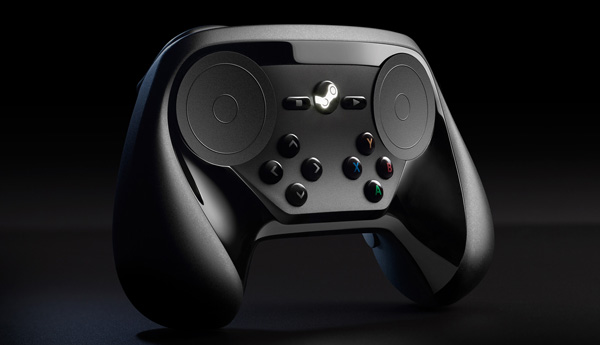 In case you've forgotten, the idea behind a Steam Machine is to bring PC gaming to the living room, where it can be played with a console. To that effect, Valve created a totally new open source, Linux based OS called Steam OS to be used with Steam Machines. Valve also created two additional pieces of hardware to complement the Steam Machines, the Steam Controller and the Steam Link.

We talked about the initial Steam Controller previously, but it has since evolved into the final version you see in the header image above. The Steam Controller will be sold for $49.99 and go on sale on November 10.

Here's a look at the controller in action.

The Steam Link is a gadget that allows you to stream your games to any display. Steam Links hooks up to your home network, and then automatically finds a computer that's running Steam and then streams the image to whatever display it's hooked up to. If you already have a gaming rig, aren't interested in a Steam Machine but want to game via streaming, the Steam Link might be just the thing you're looking for.

Like the Steam Controller, the Steam Link will go on sale on November 10, at US$49.99. Here's the product page on Steam if you're interested.

There's no news on when (or if) the Steam Controller or Steam Link will go on sale locally.

Join HWZ's Telegram channel here and catch all the latest tech news!
Our articles may contain affiliate links. If you buy through these links, we may earn a small commission.
Previous Story
Come 1 July, The Straits Times will have a new look on digital and print platforms
Next Story
The first batch of Steam Machines are up for pre-order