Press Photo of the New HTC One Leaks; Comes in Black and Silver

Press Photo of the New HTC One Leaks; Comes in Black and Silver 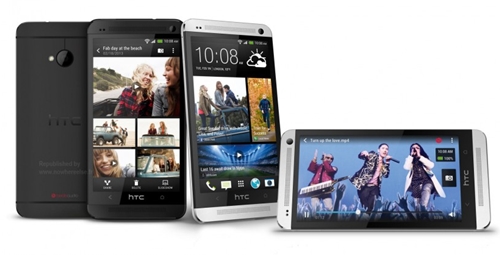 If HTC's earlier teaser wasn't enough to satiate your taste, here's one that might. A press photo of the HTC One (previously known as HTC M7) has been leaked in all its glory just mere hours before the official announcement.

The photo above shows two color variations for the upcoming device, with a metalic chassis that screams premium. The screen is believed to be of the same Super LCD3 quality as its 5-inch HTC Butterfly, boasting of a 1080p 4.7-inch to 4.85-inch display.

We are excited to see what HTC has in store for us, and by the looks of it, it is shaping out to be one powerful gadget. Keep a look out on this space as we cover the event live in London!