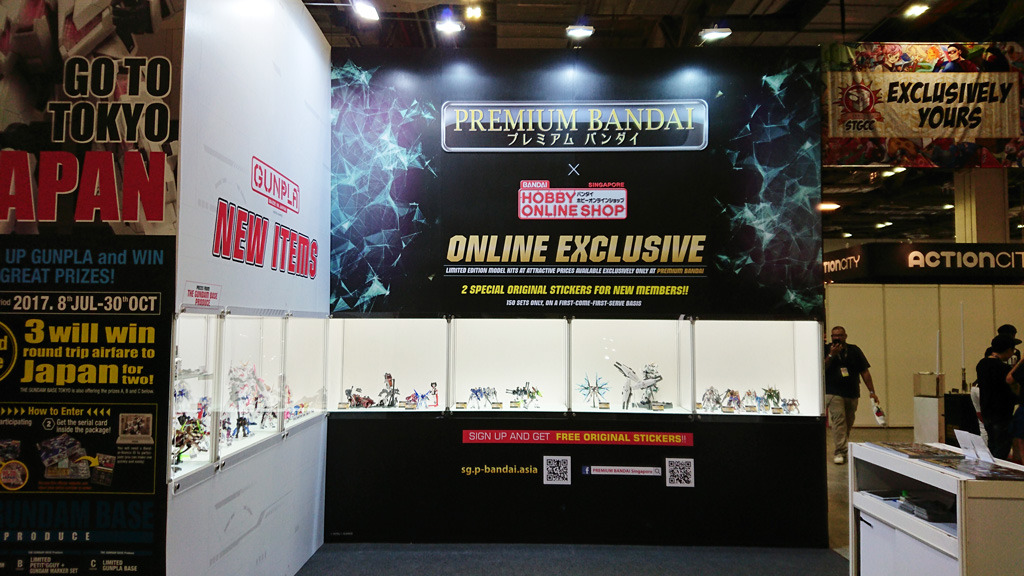 Everybody knows Bandai. If not the company then, at the very least, one of the many massive franchises they dip their hands in: Gundam, One Piece, Dragon Ball, Sailor Moon, Kamen Rider, Super Sentai, you name it. Specifically, they supply the toys, figures, and collectibles demanded of any fandom, and they have been at it for years.

Premium Bandai serves as a one-stop shop for fans of all ages, though as its name suggests this isn't your average online store. What otakus, veteran hobbyists, and film lovers will find are strictly limited-edition goods, many of which are made-to-order or exclusively found on Premium Bandai. Stocks are intentionally kept limited to maintain the high quality and attention to detail that fans have come to expect. As such, they are only available for pre-order during a fixed period.

Recognizing the local demand for authentic figurines, plastic models, trading card games, toys, and other such items, Premium Bandai extended its service to Singapore in July 2016.

With so many franchises under their label, where does one even begin? Since it wouldn't be feasible to list every single item up for pre-order, featured here are three products covering different properties and categories, demonstrating the "something for everyone approach" that Premium Bandai takes. 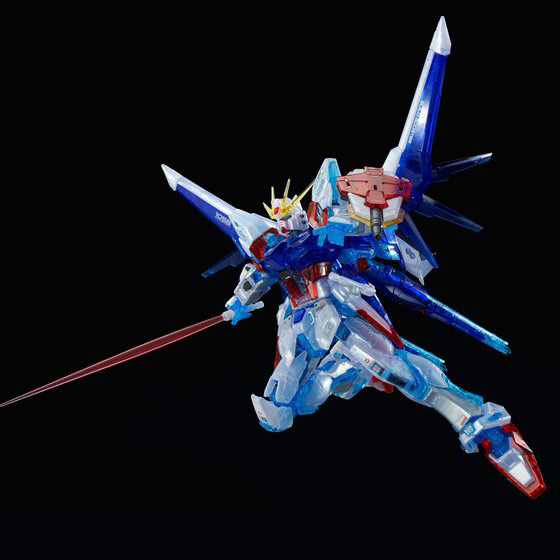 From Sunrise’ 2013 anime series Gundam Build Fighters, this titular mobile suit is laser-focused towards mobility and close-combat power. The Full Package variant brings all its armaments to bear: four Vulcan guns, an assortment of beam weaponry, a “Chobham” shield, and the critical Build Booster.

Premium Bandai adopted the RG (Radial General Purpose) System colors for this model, the clear molding paired with light blue sparkling to represent shimmering Plavsky Particles. Similarly, the white armor plates feature glossy pearl while the weapons sport touches of gun metal. Like many works of art, this is one model kit you must see in-person. 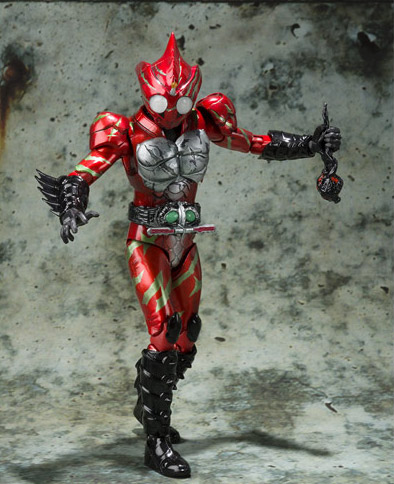 What could possibly be better than a tokusatsu hero themed after video games? That’s exactly what Toei achieved with "Kamen Rider Amazons" (Web TV).

Continuing from NEO and NEW OMEGA, the third rider from season 2 allows fans to recreate accurate battle scenes from the TV show with its detail and movability. 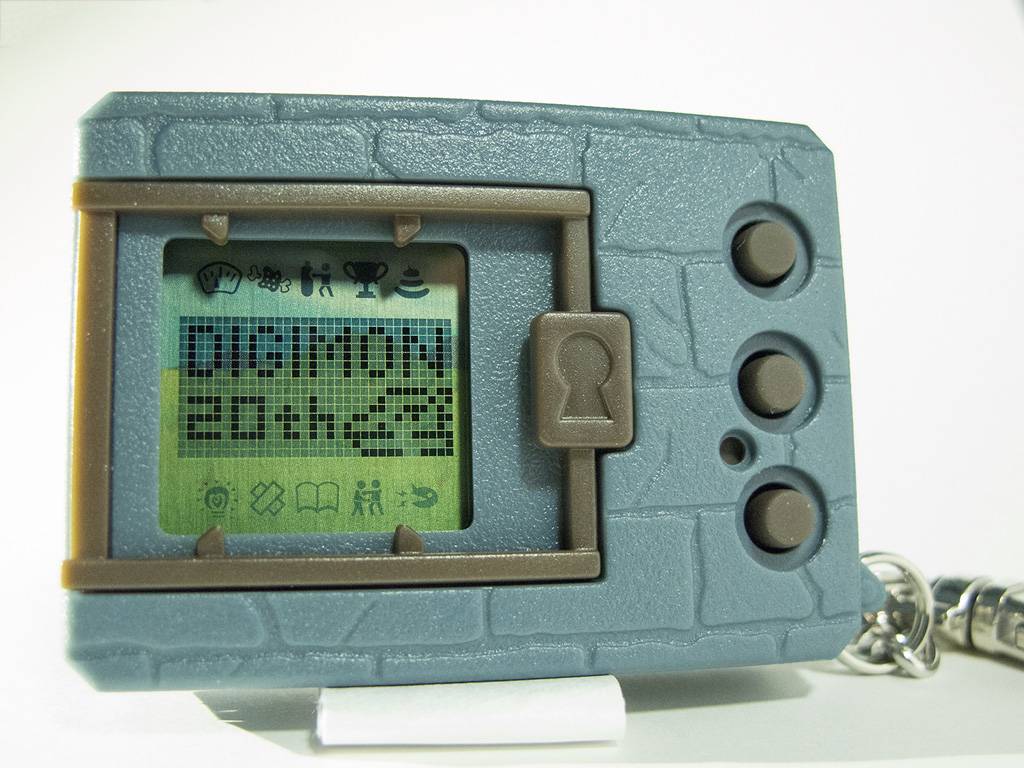 To celebrate 20 years of Digimon, Bandai released commemorative reproductions of the virtual pet that kickstarted it all. Available in Original Brown and Original Grey, this “Digivice” retains the shape of Ver.1 which was first released in 1997, while packing all Digimons from Ver.1 to 5.

This Ver. 20th model contains additional tweaks that improve gameplay experience. Hatching and evolution speeds are much faster, and players can now raise two Digimon simultaneously for tag team battles and advanced breeding. However, it still retains the classic monochrome graphic display for that old-school vibe.

A glimpse of Premium Bandai in action at STGCC 2017 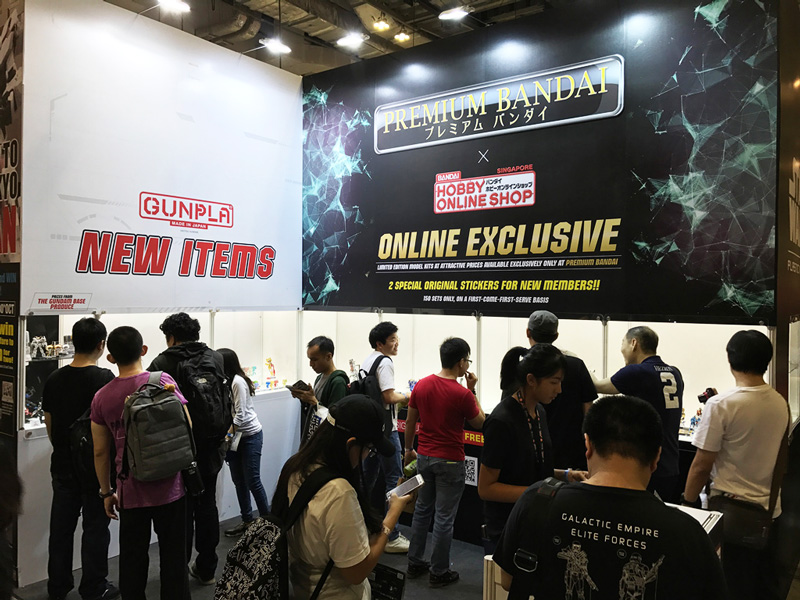 With their footing firmly established, it was time for Premium Bandai to take their local presence to the next level. Where better to do so than at the annual Singapore Toy, Game, and Comic Convention (STGCC), the premiere event for collectors around the region.

This year’s edition returned to Marina Bay Sands on 9 and 10 September for a weekend of buzz and excitement. Premium Bandai loaded their debut appearance with a strong Gunpla (Gundam plastic model) showcase, giving visitors a peek at the many shapes and designs birthed from this iconic mecha franchise.

A must-see for any Gundam fan of the four 1/100 MG (Master Grade) models from Mobile Suit Gundam Wing: Endless Waltz, a three-part OVA and movie compilation best known for its dramatic redesigns and art direction. The characters and their mobile suits have cemented themselves in the hearts of many, making it one of the few line-ups recognizable by fans new and old. 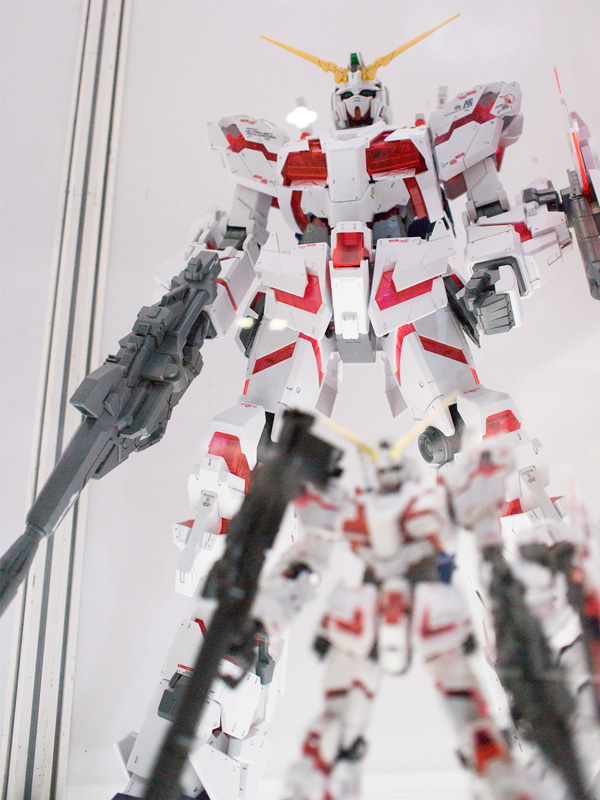 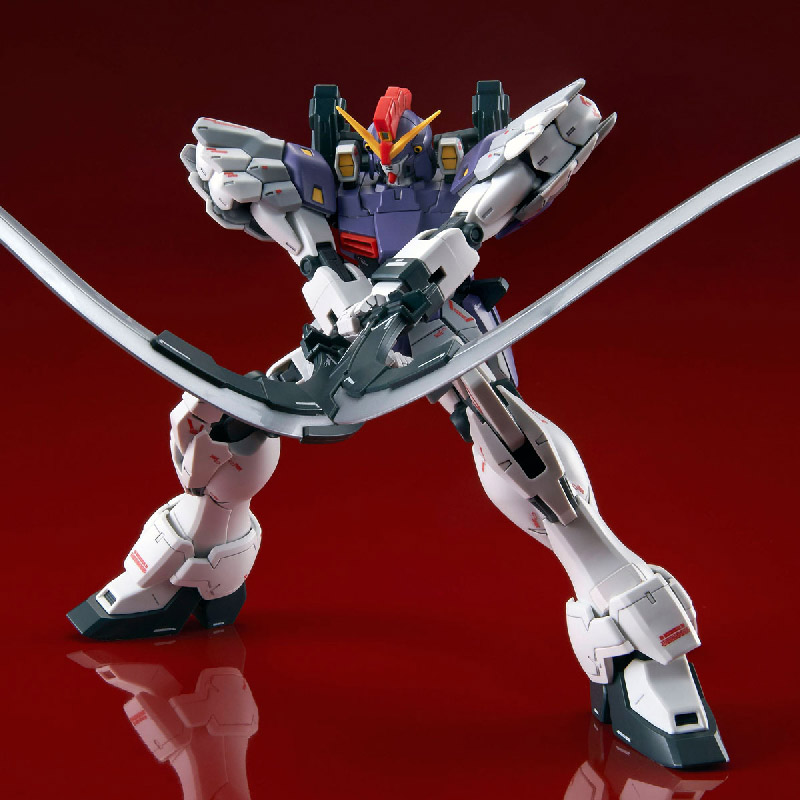 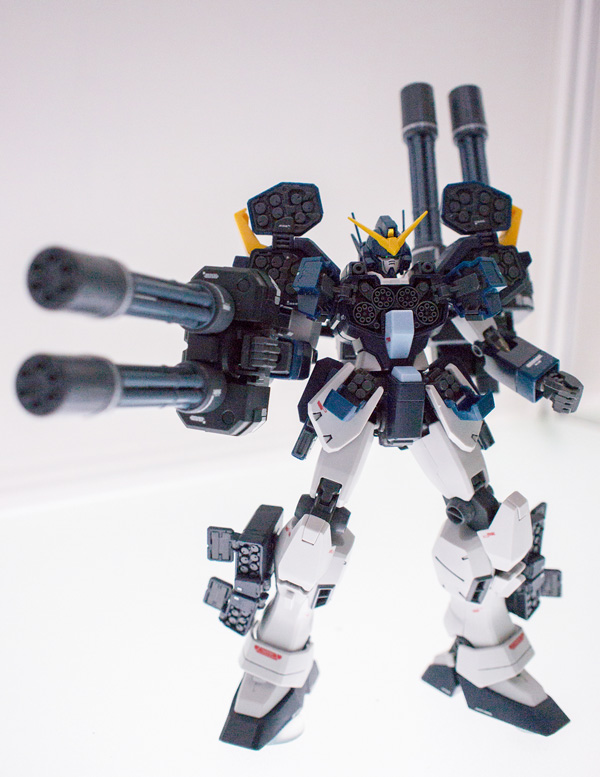 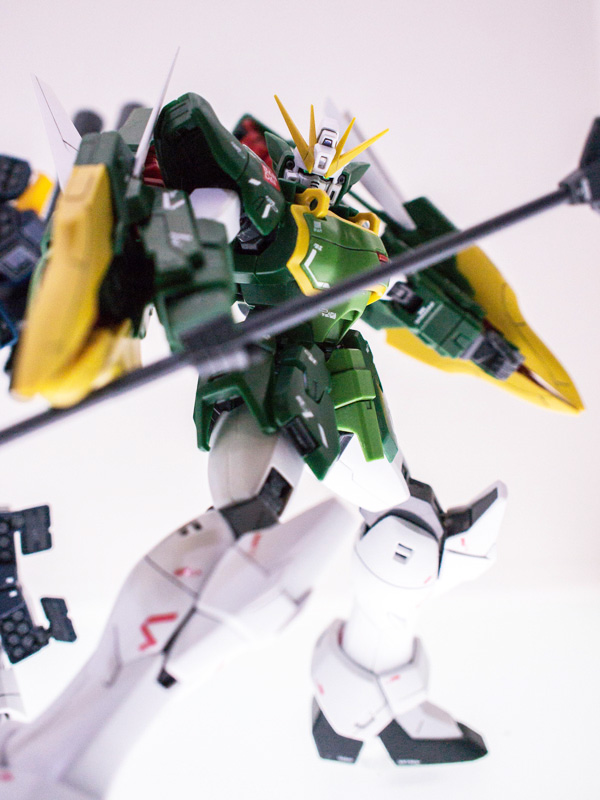 Accompanying them were a diverse range of entries comprising Gundam Thunderbolt and Gundam Unicorn, the former creating a diorama-esque display that courted plenty of attention. Even the toy-like Petit series made their appearance, the simple designs contrasting sharply from its neighbors.

Both fans and curious attendees swarmed the booth with their smartphones and cameras, leaning in for close-up shots of the models. Yet photos weren’t the only keepsakes they brought home that day, as 150 people scored a pair of original Gundam stickers for signing up as Premium Bandai members. 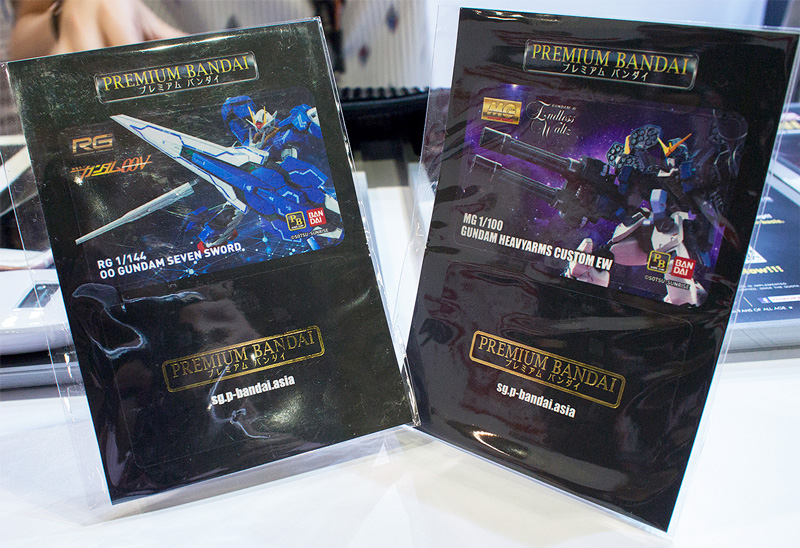 Given the exclusive nature of these products, it’s little wonder that Premium Bandai operates on a member-only basis. However, there are no obligations or fees when registering, only a whole suite of services and benefits that help enable one’s hobby. From newsletters and pre-sales alerts to exclusive sales and promotional campaigns, members are updated on all the latest developments. With products moving on a limited, pre-order basis, it’s best not to take any chances.

To that end, our readers are in for a treat. The first 100 to register at the following page are entitled to one free shipping coupon (fees are fixed at $12 per package). That’s savings towards the next collectible, which given Premium Bandai’s range wouldn’t take long to discover. 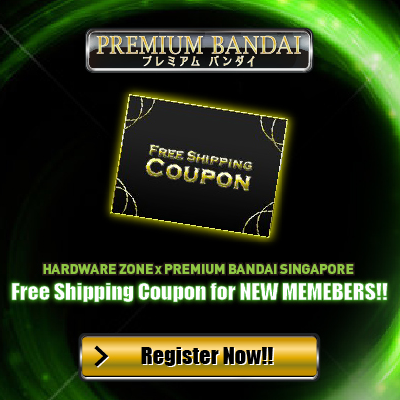 Our articles may contain affiliate links. If you buy through these links, we may earn a small commission.
Previous Story
Google is making video calling easier on Android phones
Next Story
Online printing startup Gogoprint comes to Singapore