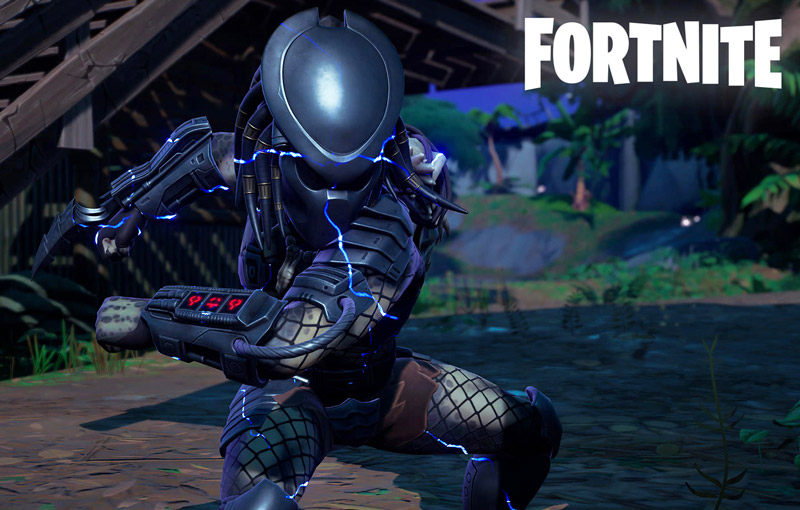 The Predator has joined Fortnite Chapter 2 Season 5 as the newly revealed ‘secret skin’, much like Wolverine and Deadpool in seasons past. If you're just jumping into battle royale today, beware - the Yautja hunter has made Fortnite its new hunting grounds.

To unlock the Predator skin, all you have to do is level up the Battle Pass and complete additional ‘Jungle Hunter’ quests, one of which involves killing the Predator itself. These quests won’t just give you the Predator skin, but a special backbling, spray, banner, emote, pickaxe and emoticon too.

You might want to team up with some friends if you’re trying to take down the intergalactic hunter, who can be found nearby its crashed pod in Stealthy Stronghold. The Predator is lurking about the jungle-themed point of interest, utterly invisible and armed to the teeth. Unlike the Mandalorian, he’s a close-combat bossfight, meaning that you won’t be able to pick him off from afar. He’ll come to you.

Fortnite Chapter 2 Season 5 has seen a great number of crossovers coming out of the game’s Zero Point, which has drastically altered the game map. The Mandalorian and Baby Yoda are in the Battle Pass, with Master Chief, Kratos and The Walking Dead characters appearing in the shop later on in the season. According to several leaks, two characters from the Terminator franchise are next in line for a reveal - potentially Sarah Connor and a T-800 Terminator.

The Predator showed up in its own game last year, though it wasn’t very good. A new Predator movie is currently in development, with Dan Tractenberg (10 Cloverfield Lane) directing. The movie will be set during the American Civil War, following a Comanche woman breaking social norms to become a warrior. Interestingly, the movie was originally meant to be marketed without revealing that it was secretly the fifth Predator installment.

Our articles may contain affiliate links. If you buy through these links, we may earn a small commission.
Previous Story
LG's new Tone Free FN7 TWS earbuds feature ANC and self-cleaning UVnano charging case
Next Story
Gabe Newell confirms that more Valve games are in development