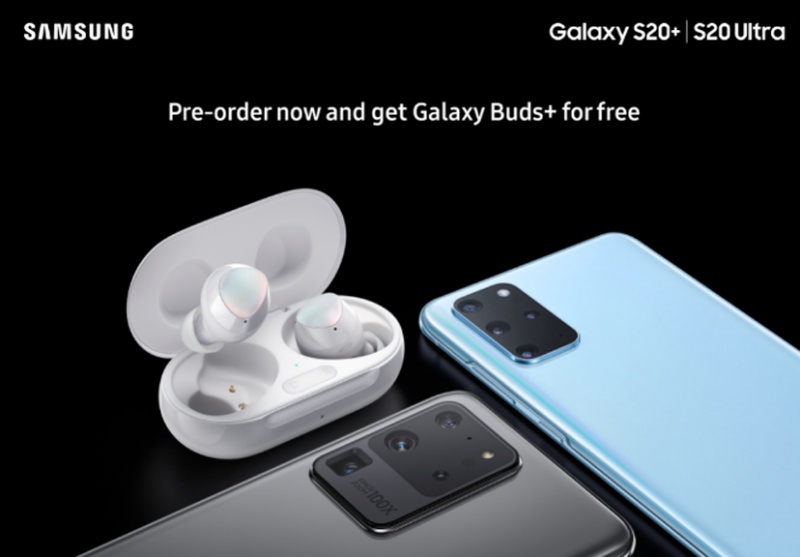 Samsung's pre-order gift for its upcoming Galaxy S20+ and S20 Ultra has been revealed.

Reliable tipster @evleaks posted a purported official promotional poster which has a liner "Pre-order now and get the Galaxy Buds+ for free". The poster also specifically mentioned the Galaxy S20+ and S20 Ultra models at the top right corner, which suggests that people who pre-order the Galaxy S20 will not get the earbuds.

If you recall, the pre-order bundle for the Galaxy S10 and S10+ last year included the Wireless Charger Duo Pad with Wall Charger (worth $148) and the Galaxy Buds (worth $238). Samsung will be unveiling the Galaxy S20 models and the Galaxy Z Flip at the Galaxy Unpacked event on 11 February.