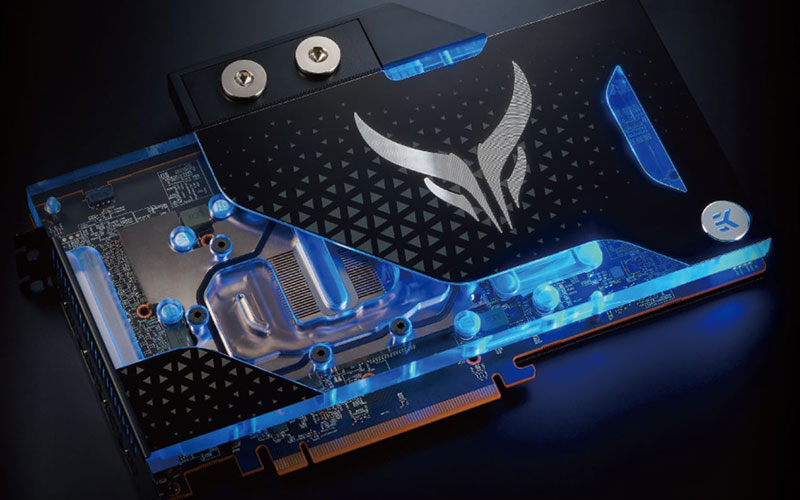 PowerColor has announced the Liquid Devil 5700 XT, a custom card designed for liquid cooling enthusiasts. We've seen a bunch of cards lately with integrated water blocks, most notably from Gigabyte, but those were mainly NVIDIA cards. The Liquid Devil will appeal to fans of the red camp, and it is to my knowledge the first custom Radeon RX 5700 XT to offer support for liquid cooling.

PowerColor has partnered with EK to designed a custom water block for the Radeon RX 5700 XT that spans the full length of the PCB. It features a nickel-plated copper base for corrosion resistance, and the full cover water block covers all the key components, including the GPU, VRAM, and MOSFETs.

The acrylic water block shows off the nickel-plated base to great effect, and it's also outfitted with RGB LEDs for some extra style points. PowerColor's stock images show the card lit up in blue, which is not a bad look at all. However, a black cover with the PowerColor logo obscures certain sections of the water block.

Round the back, the card features a black aluminum backplate to protect the PCB and shore up its structural integrity. The PCB is also a custom 12-layer one, featuring a 10-phase VRM for better overclocking potential. 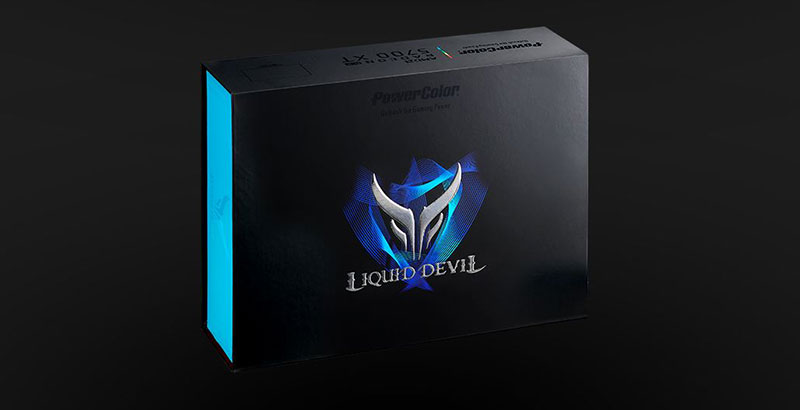 In addition, PowerColor says it uses chips that have been binned specifically for lower temperatures and higher clock speeds to ensure better performance. The card is also powered by two 8-pin connectors and comes with three DisplayPort and one HDMI output.

Finally, there is a dedicated BIOS switch that will let you switch between what PowerColor calls Unleash and OC modes. PowerColor didn't talk about specific clock speeds, but it says the OC mode is the typical overclock you see on cards like the Red Devil and Red Dragon, which have a 1,770MHz base clock and 2,010MHz boost clock. Unleash mode is supposed to take advantage of the binned chips and take things up another notch. It's unclear what the base clock will be in this mode, but the specifications sheet for the Liquid Devil lists a boost clock of 2,070MHz.