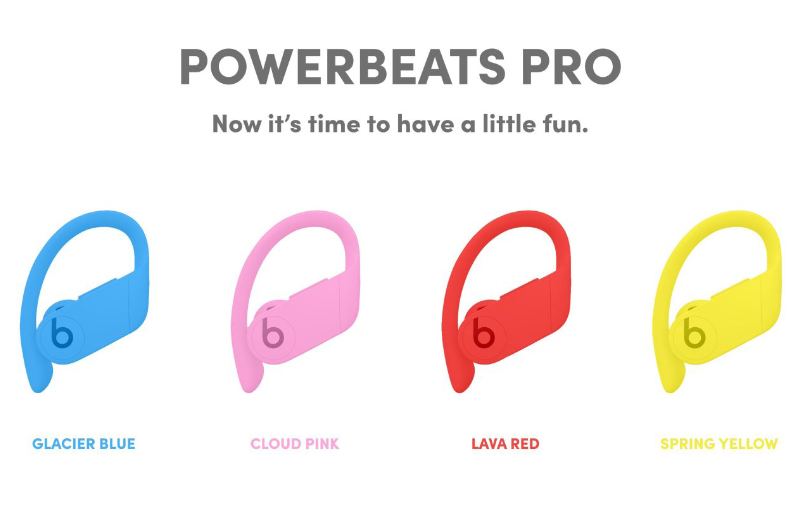 The Powerbeats Pro is Apple's true wireless headphone for sports. It was released last year and boasts a more secure fit and IPX4 water resistance rating.

Now, rumours say that Apple will be launching them in four new colours. The four new colours are Glacier Blue, Cloud Pink, Lava Red, and Spring Yellow. You can see them above.

Clearly, they are very bright, which is a much-welcomed departure from the existing colourways. Right now, the Powerbeats Pro is available in Ivory, Black, Navy, and Moss. And to be honest, they look a little subdued.

Beats often adds new colourways to their headphones so a move like this won't be out of the ordinary at all.