Note: This article was first published on 3 July 2019. 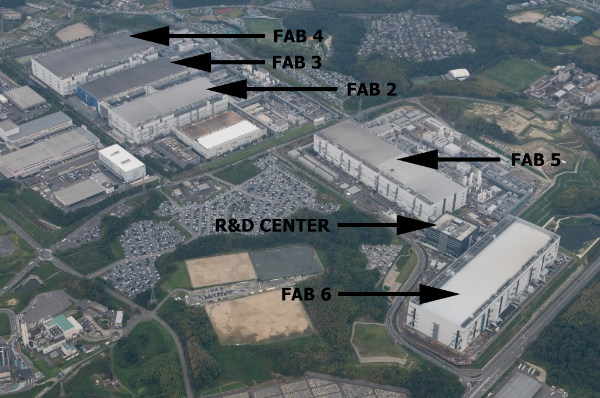 Toshiba and Western Digital announced recently that an unexpected power outage at its Yokkaichi facilities has affected production of NAND memory.

Western Digital said in a statement that while they continue to assess the impact of the outage, they expect its monthly production output to be reduced by as much as 6 exabytes, that's 6,000,000 TB.

Western Digital continues to assess the impact of this event. The company currently expects the incident will result in a reduction of Western Digital’s flash wafer availability of approximately 6 exabytes, the majority of which is expected to be contained in the first quarter of fiscal year 2020.

Toshiba, on the other hand, has yet to comment on the incident. The Yokkaichi facility is jointly operated by Toshiba and Western Digital, however, the former is said to use more of the capacity, in which case Toshiba could see its production drop by around 9 exabytes.

It remains to be seen if this will mean higher flash memory prices in the future as both companies are still in the midst of assessing damages.

Additionally, producers have reportedly been stockpiling memory, so any drop in production could possibly be alleviated by digging into existing stockpiles.

At any rate, if you have been thinking of purchasing an SSD, it's best to act soon rather than later.

Join HWZ's Telegram channel here and catch all the latest tech news!
Our articles may contain affiliate links. If you buy through these links, we may earn a small commission.
Previous Story
TPG will offer free unlimited data roaming in Malaysia and Indonesia
Next Story
The Sigma fp is the world's smallest and lightest full-frame mirrorless camera