The Polycom Studio is a video conferencing device for small meeting rooms or “huddle rooms”. It’s easy to deploy and manage at an enterprise level. The device is 700mm long, 70mm wide, and 105mm tall; it resembles a sound bar that has been sliced in half, length-wise. 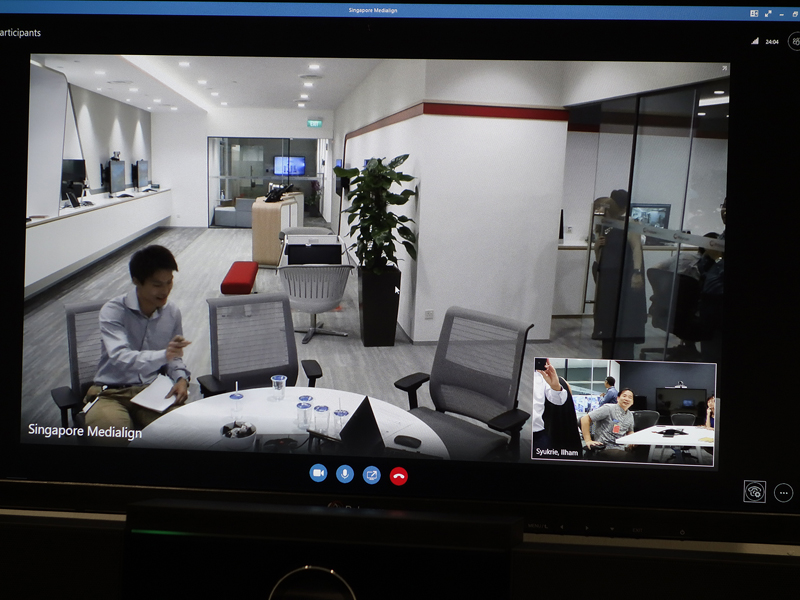 That’s where the similarities end; the Polycom Studio has a front-facing camera that supports UHD 2160p video capture with a 120-degree field of view, and 5x digital zoom. Its video capture capabilities include auto group framing for wide shots, as well as zooming in on the particular speaker in the group. 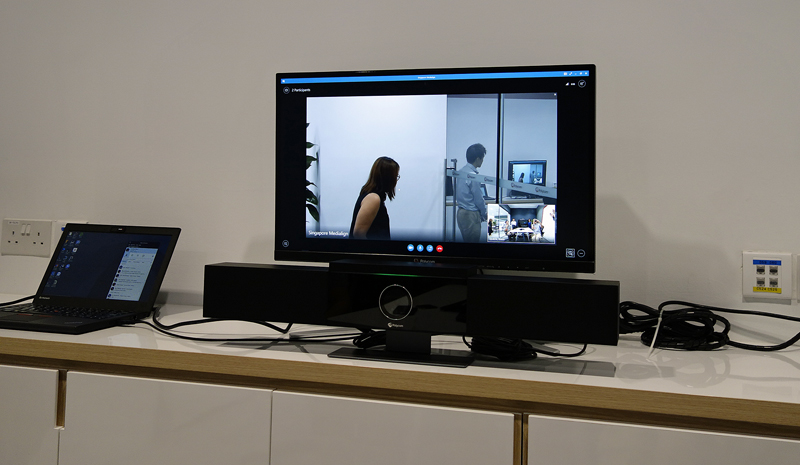 Its microphone array, mounted on top of the camera, is able to make use of intelligent features like Polycom Acoustic Fence and NoiseBlock to mute “distracting background noises and other unwanted sounds.” The Polycom Studio is portable only from room to room as it still needs to draw power from a wall socket. It is connected via USB Type-C to a host computer that operates the collaborative platform of choice; the Polycom Studio supports Microsoft Skype for Business, Microsoft Skype, and Google Hangouts, just to name a few popular selections.

The device also supports Bluetooth and Wi-Fi connectivity for other host devices; however, only the audio video conferencing capabilities of the Polycom Studio are utilized in such a setup. For the full experience, a direct connection to the USB port of the host computer is still recommended.

The Polycom Studio comes with an aluminum stand and the video bar can be removed for wall mounting. It will be available from local authorized Polycom retailers from 28th February this year with a SRP of US$949.