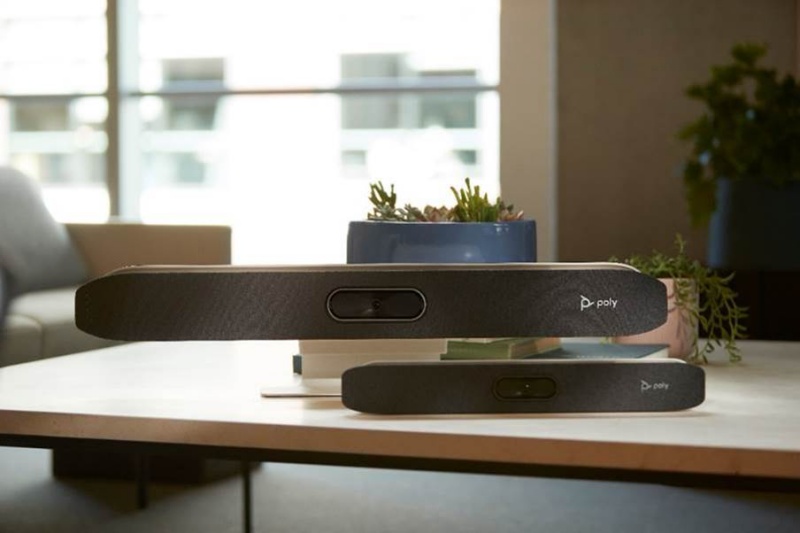 Poly’s two new video bars, the Poly Studio X30 and the Poly Studio X50 enable video conferencing without the need for a PC. They are all-in-one devices that come with plug-n-play installation.

This is unlike the original Studio launched under the Polycom brand last year which still required a host computer.

This lets the 4K Ultra high definition (UHD) enabled Studio X models to sit, stand, or be mounted wherever you need, with the connection ports making installation easy as they face down.

To make it even easier to install and use, only a single power-over-ethernet cable is used, so there is no need to stretch cables or cords across tables to connect to the video bar.

The Studio X30 and Studio X50 both come with the new Poly TC8 touch controller that allows support for leading cloud video services such as Zoom and Microsoft Teams, although native support for Teams will only be available in June 2020.

Poly also introduced Poly MeetingAI features that improve all aspects of the meeting experience. Advanced noise suppression makes it easy to hear the human voices while simultaneously blocking the typing, pen clicking, or candy unwrapping that may be happening at the same time.

There are also new video production rules that make the use of the Studio X30 and Studio X50 akin to having a camera operator in the room, automatically allowing remote employees to see participant's faces and the context of what is happening without requiring human involvement to touch a remote or reconfigure a setting. 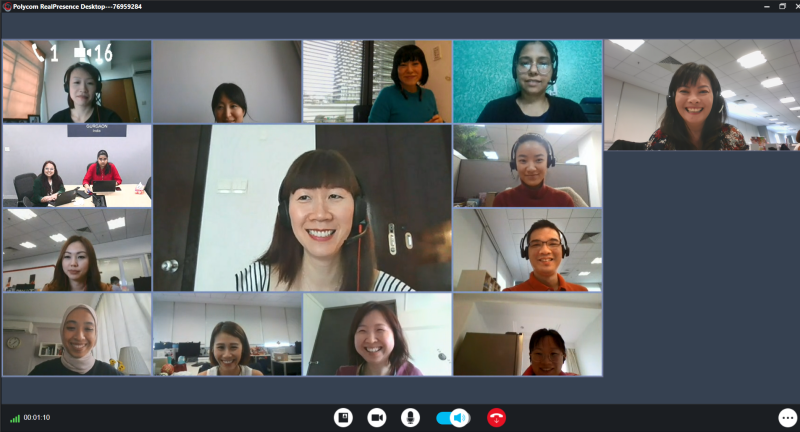 Not all Studio X models are the same

The two Studio X models are rather different, with each reaching out to appeal to different target segments. Currently, only the US pricing is available although the models are available for purchase in Asia. Interested customers can go here for more information.

The Poly Studio X30 is designed mainly with smaller rooms in mind or up to six participants, and a single speaker focus. Only one speaker is really needed as this model is designed for smaller rooms. It has a 4x camera zoom capability, supports one monitor and is a little bit cheaper compared to Poly Studio X50. It is available now at US$2,199.

Poly Studio X50 was created to be used in bigger conference rooms and supports up to ten participants with two speaker focus. The latter is great when you're conducting a more interactive (or debate style) meeting with more than a single speaker and all your remote participants can clearly focus upon on the two active speakers as the Poly Studio X50 juggles the active focussing. The Poly Studio X50 can support two monitors at the same time and has a camera zoom of 5x. It is on sale now for US$3,499.

This means that along with offering a full Zoom Rooms experience with Poly’s audio and video technology, the video bars have also received a hardened operating system, secure update distribution, and third-party testing for security vulnerabilities.

Poly and Zoom continue to set the standard in the development of seamless native video collaboration devices that let organizations and their employees stay optimally productive. Our collective portfolio of Zoom certified devices makes it easy for users to collaborate from anywhere, with friction-free meetings that customers and IT managers expect.

Join HWZ's Telegram channel here and catch all the latest tech news!
Our articles may contain affiliate links. If you buy through these links, we may earn a small commission.
Previous Story
Intel announces its first Lakefield processors for ultrathin and foldable notebooks
Next Story
Samsung is updating the Galaxy Note 9 with One UI 2.1 features