You can now travel in a Pokemon-themed airplane in Japan

You can now travel in a Pokemon-themed airplane in Japan 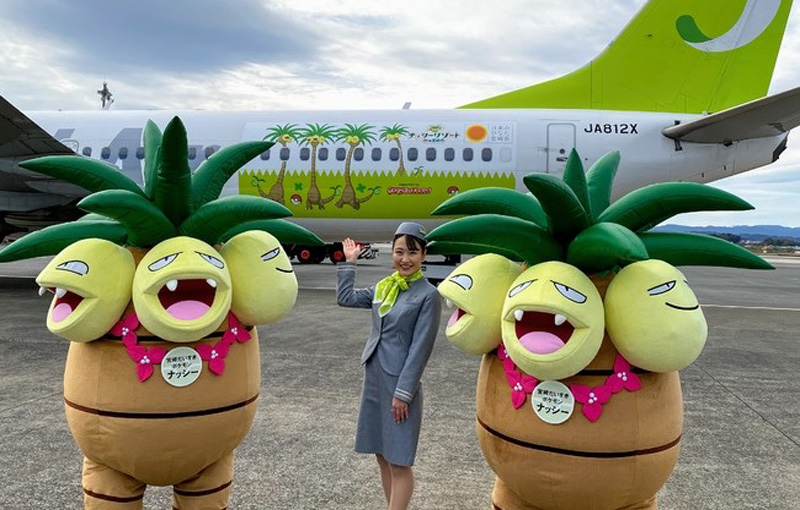 How dedicated are you to catching them all?

A Pokemon-themed airplane has taken to the skies in Japan, allowing fans of the franchise to travel in style. The Miyazaki-based airline Solaseed Air’s Exeggutor plane took its first flight on Saturday, plastered with images of the titular Pokemon Exeggutor in green colours. Both Exeggutor’s standard and Alolan forms are featured - the latter of which has an elongated neck. Exeggutor might seem like a random choice for this plane, but it was actually chosen as Miyazaki’s mascot Pokemon due to a resemblance to its prefectural tree, the phoenix palm. After a pre-takeoff ceremony, the Pokemon plane carried its passengers from Miyazaki Airport to Tokyo’s Haneda. Passengers were later gifted with commemorative certificates and souvenirs - which I imagine will become quite the keepsakes in due time.

Exeggutor is getting around quite a bit in Miyazaki. The Pokemon has also made an appearance on three Pokemon buses in Miyazaki City, Miyakonojo and Nobeoka. If you’re a huge Pokemon fan with an aversion to flying, these buses are a good option. Seeing as a trip to Japan isn’t likely feasible for many of us right now however, it should be noted that the Exeggutor plane and buses will continue to be in operation for the next 18 months. You still have time! 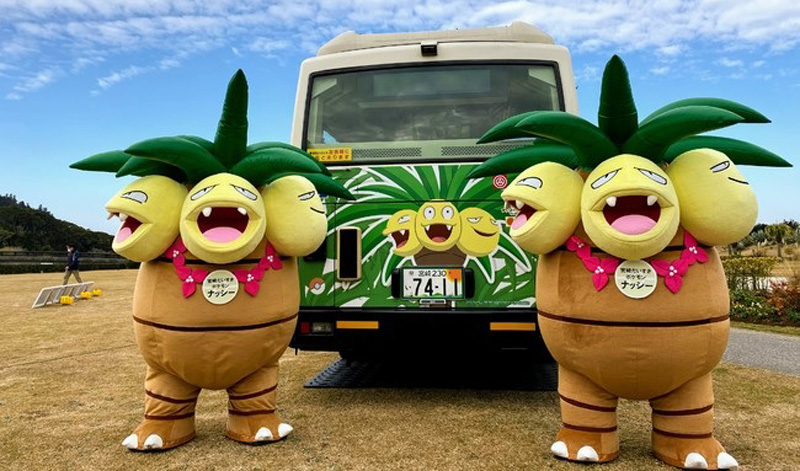 Join HWZ's Telegram channel here and catch all the latest tech news!
Our articles may contain affiliate links. If you buy through these links, we may earn a small commission.
Previous Story
Twitch streamer gets banned after her child interacted with chat in her absence
Next Story
Ditch the delivery hassle with GetVan