New Pokemon Snap will launch on the Nintendo Switch in April

New Pokemon Snap will launch on the Nintendo Switch in April 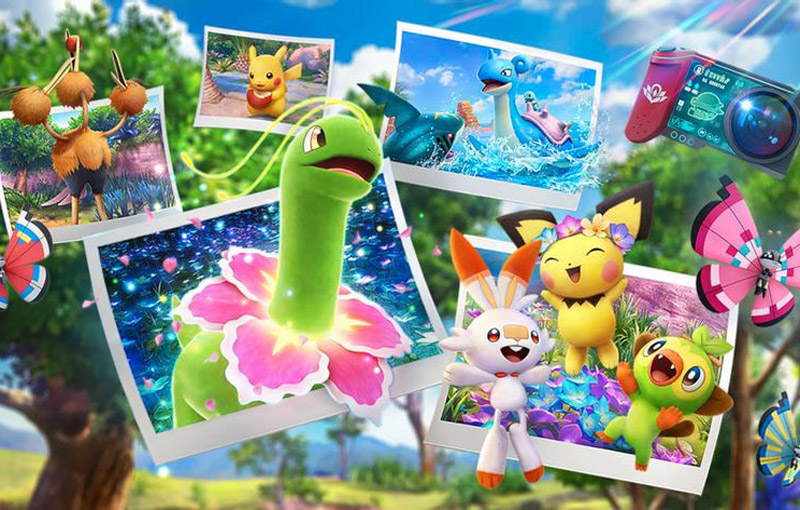 It looks like 2021 is going to be another great year for gaming.

The Pokemon Company has just announced that New Pokemon Snap will launch on the Nintendo Switch on April 30, 2021. This sequel to 1999’s cult classic Pokemon Snap game will let players explore the Lental region as they snap pictures of photogenic Pokemon, safari-style.

Watch a new trailer for the game below:

In New Pokemon Snap, you’ll work with Professor Mirror and his assistant Rita, taking pictures for them and examining new and strange environments. It looks like the game has a lot of variety to offer, too. Ground-type Pokemon show up in abundance in a desert-like environment, while Grass and Bug Pokemon appear in a forest environment, for example. You’ll travel through all of these locations on an on-rails vehicle called the Neo-One, snapping pictures of any Pokemon you happen to see.

Lental Pokemon also have an affinity for ‘Fluffruit’, a new item you can use to attract otherwise shy Pokemon to your camera. If it works anything like the apples in 1999’s Pokemon Snap, you might also be able to use these items to cause new evolutions and manipulate your surroundings to reveal new Pokemon and photogenic moments. The pictures you take will be judged on how Pokemons are posed, how large they are, whether they’re facing your camera lens and how they’re framed.

The games.
The cards.
The series.
The memories.

Sometimes you start out catching Pokémon…but you end up catching feelings.

We’re kicking off our 25th anniversary celebration with a walk down memory lane! Spot anything familiar?https://t.co/M1oqKCJnXP#Pokemon25 pic.twitter.com/14MAD6lREt

Interestingly, Pokemon in the Lental region have also begun to glow in strange ways. You, Professor Mirror and Rita will have to work together to uncover this new phenomenon, called Illumina. The Pokemon Company is celebrating 25 years of Pokemon this year, and this looks like the first of many announcements for the franchise to come!

Join HWZ's Telegram channel here and catch all the latest tech news!
Our articles may contain affiliate links. If you buy through these links, we may earn a small commission.
Previous Story
Chris Evans will reportedly return as Captain America in a future Marvel project
Next Story
Belkin debuts new Soundform Freedom True Wireless Earbuds