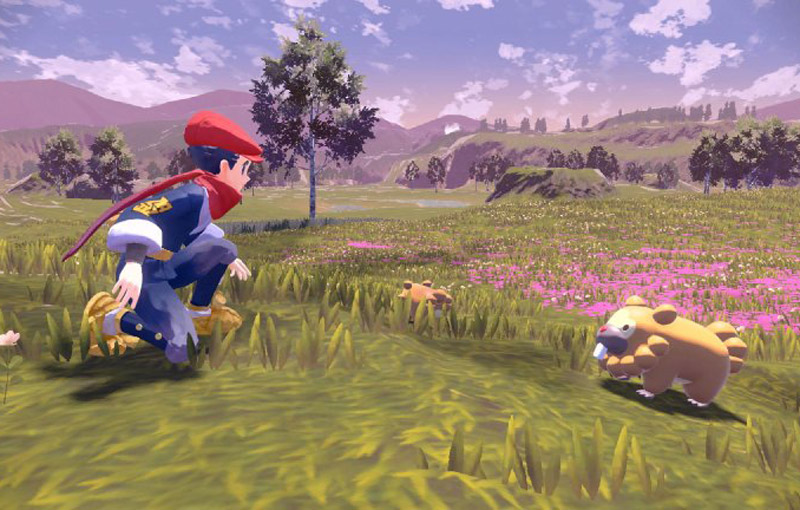 The Pokemon Company just revealed Pokemon Legends: Arceus, a new open-world game coming to the Nintendo Switch in early 2022. The game will be developed by Gamefreak, who last released Pokemon Sword and Shield in 2019.

Check out the reveal trailer below:

The trailer reveals Pokemon Legends: Arceus’ unique setting: the Sinnoh region from Pokemon Diamond and Pearl, eons ago when it resembled Feudal Japan. It looks like we’re actually getting large helpings of Pokemon lore to explain what life was like in this world before modern technology - when Pokeballs were made of wood and had locks on them.

Players will start with the usual choice of three starter Pokemon, which represent a mix of different regions. You have Cyndaquil from Johto, Oshawott from Unova and Rowlet from Alola. The game resembles The Legend of Zelda: Breath of the Wild, in that once players venture outside of their base, they’re presented with a massive open environment to explore. You can throw Pokeballs at wandering Pokemon to capture them without resorting to battles, and engage in turn-based combat when you need to.

The game’s main story appears to focus on Arceus - the closest thing this universe has to an actual god. Arceus is said to have created Palkia, Dialga, the Sinnoh region and possibly the entire world, so we’ll probably learn more about it in the story. Pokemon Legends: Arceus was announced alongside two other games set in the Sinnoh region: the Pokemon Diamond and Pearl remakes, which are set to arrive this year! At long last, Sinnoh fans are up to their elbows in content.

Personally, I’ve wanted Pokemon games to evolve for a while now - as the linear RPG-style gameplay has grown a little stale in the mainline entries. An open-world title sounds perfect, but the trailer’s troubling framerate and horrifically low resolution doesn’t bode well for its performance on the Nintendo Switch.

Join HWZ's Telegram channel here and catch all the latest tech news!
Our articles may contain affiliate links. If you buy through these links, we may earn a small commission.
Previous Story
Sloclap's upcoming kung-fu brawler Sifu has a unique take on mastering martial arts
Next Story
Huawei: AppGallery sees 500% more games and 77% more developers compared to a year ago