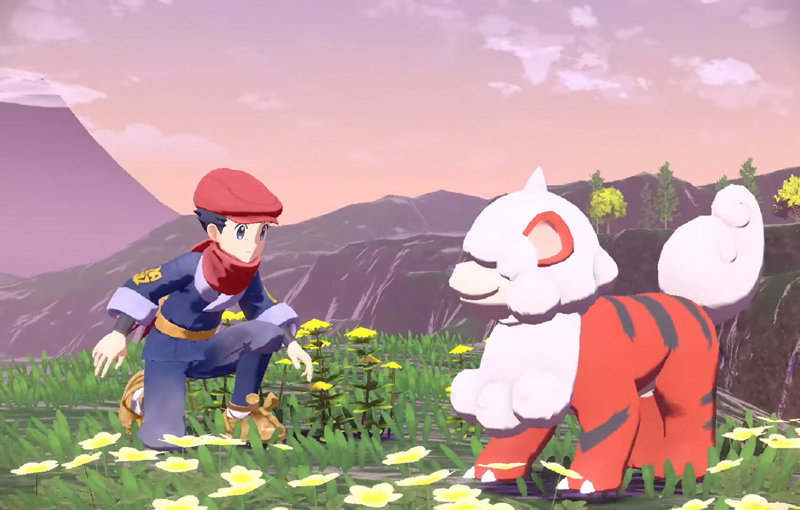 These Pokemon are scary.

A new Pokemon Presents stream gave us a deeper look at the next big Pokemon game - Pokemon Legends: Arceus. This was a far better presentation of the game compared to its choppy reveal trailer, showing off its open-world gameplay, different environments, all-new Pokemon and new region Hisui (which is really just ancient Sinnoh).

It’s the Pokemon game fans have wanted for years! This open-world game explores the world of Pokemon from a long, long time ago - before humans and Pokemon ever became friends with one another. You play as a member of the Galaxy Expedition Team, whom we can safely assume have ties to Diamond and Pearl’s baddies Team Galactic. Galaxy Team is intent on researching Pokemon, and your task is to build the land’s first-ever Pokedex.

You have the choice of playing as either Akari or Rei, with the leftover option becoming your buddy throughout the story. Jubilife Village acts as the main base of your adventures in this title, though fans might recognise it as an early form of Diamond and Pearl’s bustling Jubilife City. This game’s Commander Kamado is also an ancestor of Diamond and Pearl’s Professor Rowan, and Game Freak has teased more ancestors popping up in the story.

Hisui is a wide-open environment with different terrains and biomes, playing host to all sorts of Pokemon that roam its lands freely. Unlike previous mainline titles, Pokemon can now attack you directly, so you’ll have to sneak up on them if you don’t want to get hurt. You can also battle them using Pokemon you train in the usual turn-based format. The new twist on combat here is that you can choose between ‘strong’ or ‘agile’ attack styles, which change how quickly your Pokemon attack and how much damage is dealt.

Stantler and Basculin are finally getting evolutions: Wyrdeer and Basculegion, and it also looks like you can ride Pokemon to get around Hisui - whether you’re flying on a bird or surfing through water. Growlithe and Braviary are also getting Hisuian forms. People are already falling in love with Hisuian Growlithe, who is admittedly adorable, but seeing as it’s both a rock and fire type - you might want to keep it out of your party. If this Pokemon even so much as sees a puddle, it’s going to die.

On that happy note, Pokemon Legends: Arceus launches on the Nintendo Switch on 28 January, 2022.

Join HWZ's Telegram channel here and catch all the latest tech news!
Our articles may contain affiliate links. If you buy through these links, we may earn a small commission.
Previous Story
Singapore branch of Tokio Marine Insurance hit by ransomware attack
Next Story
Netflix on iPhones and iPads will support Spatial Audio