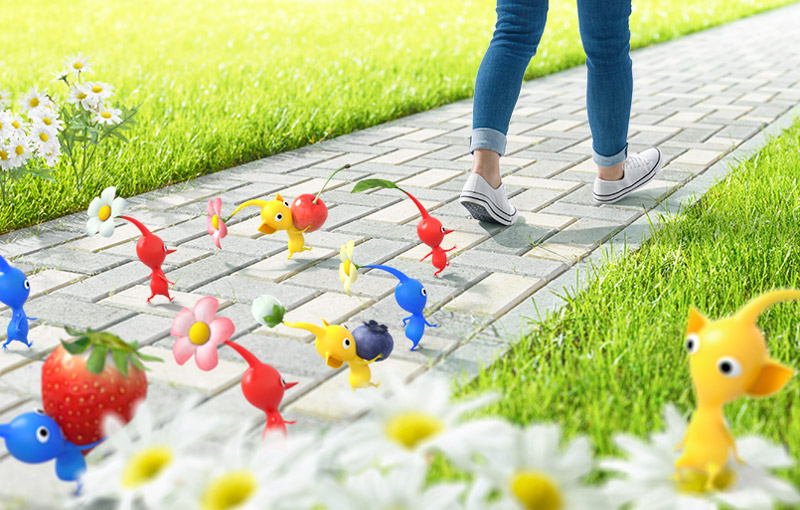 Time to build up that Pikmindex.

Nintendo have announced that they’re working with Pokemon Go creator Niantic on a host of new apps that involve combining Nintendo’s, “beloved characters,” with real-world AR technology. The first game coming out of this partnership is an AR game based on the Pikmin franchise.

According to a news release from Nintendo, Niantic’s Pikmin app sounds a lot like Pokemon Go. Nintendo states that the game will feature, “gameplay activities designed to encourage walking and make the activity more enjoyable.” The app isn’t too far off, either. It’s planned for a 2021 launch developed by Niantic’s Tokyo studio. Despite the resemblance however, Niantic’s Tokyo studio head Tatsuo Nomura took to Twitter to say that the game will be, “very different from Pokemon Go.”

“As we continue to expand our games portfolio, it was a natural next step to team up with Nintendo,” said John Hanke, CEO of Niantic. “We’re looking forward to shaping the future of AR together, bringing Nintendo’s beloved game characters to life for mobile game players around the world.”

“Niantic’s AR technology has made it possible for us to experience the world as if Pikmin are secretly living all around us”, said Shigeru Miyamoto, Representative Director, Fellow, Nintendo. “Based on the theme of making walking fun, our mission is to provide people a new experience that’s different from traditional games. We hope that the Pikmin and this app will become a partner in your life.”

Nintendo might be looking into reviving the Pikmin franchise, which hasn’t seen a new entry in a long time. Last year, the company released Pikmin 3 Deluxe on the Nintendo Switch, a version of the 2013 Wii U game with additional DLC. On a fun note, there are also secret Pikmin all over Super Nintendo World Japan. Niantic are no strangers to adapting other franchises with AR-based gameplay either, having released Harry Potter: Wizards Unite in 2019. They’re also making an app based on the Catan boardgame, and another Pokemon app called Pokemon Sleep.

Join HWZ's Telegram channel here and catch all the latest tech news!
Our articles may contain affiliate links. If you buy through these links, we may earn a small commission.
Previous Story
Genshin Impact has made more than US$1 billion in the span of six months
Next Story
Xiaomi brings more creature comforts home with a new vaccuum, portable speaker, monitor light bar, and desktop monitor