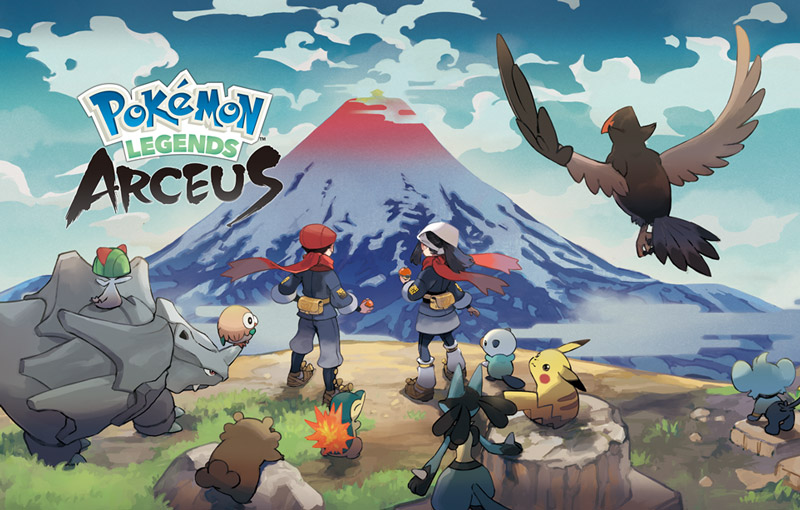 It’s time for some Sinnoh nostalgia.

Nintendo has revealed release dates for the next three mainline Pokemon games! First up are Pokemon Brilliant Diamond and Pokemon Shining Pearl, which will both launch on 19 November, 2021. Pokemon Legends: Arceus will come a little later on 28 January, 2022.

Pokemon Brilliant Diamond and Pokemon Shining Pearl are the highly-anticipated remakes of Pokemon Diamond and Pearl, which launched back in 2006 for the Nintendo DS. The remakes brush up these 15-year-old games’ visuals and add new chibi looks for NPCs in the Sinnoh region. Other than that though, players can expect to play through the exact same story and environments as the original games. This ain’t no Final Fantasy 7 Remake.

Pokemon Legends: Arceus is a very different take on the Sinnoh region. This game takes place eons ago, when the region resembled feudal Japan and Pokeballs were made of wood. Unlike the mainline Pokemon games, this title will fuse open-world exploration with the ability to capture Pokemon with having to battle them. Turn-based combat will still return, but the rest of the game is much less linear than usual Pokemon fare. The story will also deal with the mysterious Pokemon god Arceus.

Join HWZ's Telegram channel here and catch all the latest tech news!
Our articles may contain affiliate links. If you buy through these links, we may earn a small commission.
Previous Story
The Nintendo OLED Switch could hit retail shelves in September or October
Next Story
Seagate’s new One Touch SSD could be the backup solution you’ve been waiting for